When the Subway PremiAir Racing Supercar driven by Garry Jacobson hits Hidden Valley Raceway this weekend for the Merlin Darwin TripleCrown, it will do so with a striking livery courtesy of the Indigenous artist, Elaine Chambers-Hegarty.

The event is the first official Supercars’ Indigenous Round, featuring a number of special elements to celebrate First Nations people and pay respect to the Larrakia people on whose land the event takes place.

Amongst a range of initiatives at the event, each team will run First Nations-inspired liveries and Subway PremiAir Racing is proud today to unveil the stunning indigenous livery of the #76 Supercar at 12pm at the Berrimah Subway store in Darwin.

The design of Jacobson’s Supercar is titled ‘Making Tracks’ and has been created by Elaine Chambers-Hegarty of Cultural Edge Designs, an award-winning Aboriginal Graphic Designer and Artist with cultural links to the Koa (Guwa), Kuku Yalanji and Barada Barna people. Chambers-Hegarty’s work is wide-ranging, with recent work including the design of the Brisbane Lions’ and Brisbane Broncos’ Indigenous Rounds jerseys.

Elaine Chambers-Hegarty explains that “Making Tracks” highlights the connections of past, present and future through the representation of the journey pathways. The pathways throughout the artwork highlight the continuous growth of people as individuals as well as a collective community. The large circular pathway in the artwork represents the race track itself – as you travel around the racetrack, you are in a process of continuous improvement, growth and development.

The design is about our connections with past, present and future and our pathways for Indigenous and also Non-Indigenous together” Chambers-Hegarty said.

“I think this artwork is a perfect fit as my Dad and his art was my inspiration for my career choice, so it’s good to see Garry has kept his connection to his mob too by having his Dad’s number on the car”.

Rodica Titeica, ANZ Head Of Marketing for Subway loves the livery and what it stands for “We’re thrilled to unveil this amazing artwork from renowned indigenous designer Elaine Chambers for our Subway PremiAir Racing Team.

“The story and purpose behind the design is what we fell in love with. To us, this represents our journey as a team, from humble beginnings, aiming for continuous improvement. It’s a story we feel really passionate about, and we think this striking design helps to celebrate an artist and culture that is so important during the Darwin Indigenous Round”

Garry Jacobson said he was proud to have the opportunity to sport such an inspiring livery during the Merlin Darwin Triple Crown.

“I am greatly looking forward to being a part of the first official Supercars Indigenous Round, and to celebrate First Nations people,” Jacobson said.

“To be able to do so carrying an inspiring artwork such as this created by Elaine Chambers-Hegarty is something I am very proud of, and I hope I can honour her message this weekend.”

The Merlin Darwin Triple Crown will descend upon Hidden Valley Raceway in the Northern Territory from Friday, June 17 to Sunday, June 19. It will feature three 38-lap races for the Repco Supercars Championship.

For more information on PremiAir Hire Racing, please visit https://premiairhire.com.au/ and www.premiairracing.com or follow the team on our social platforms. 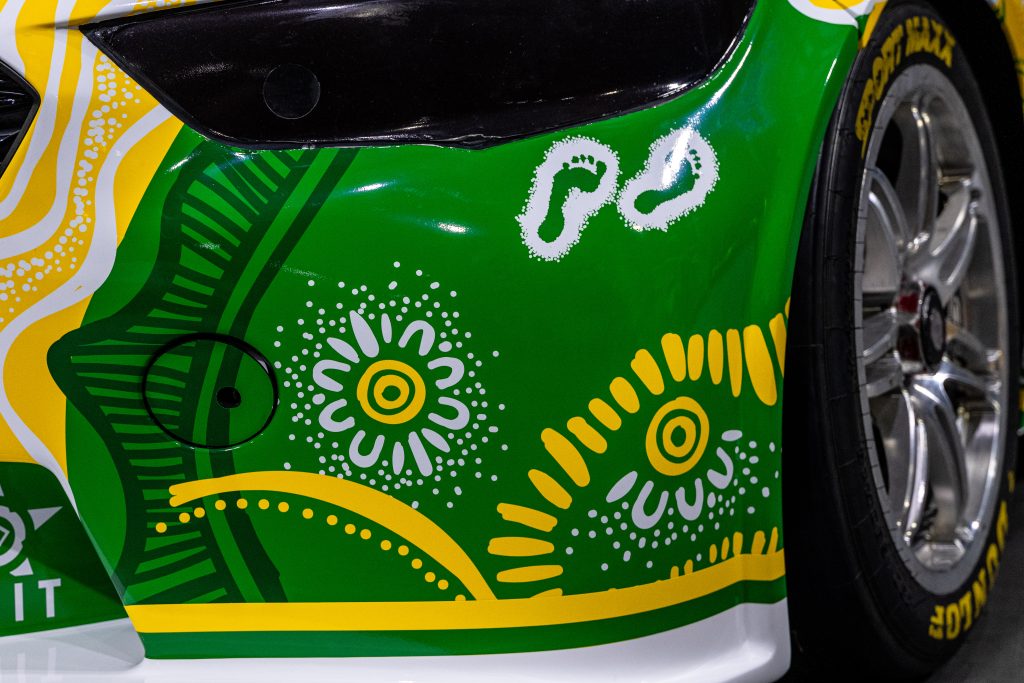 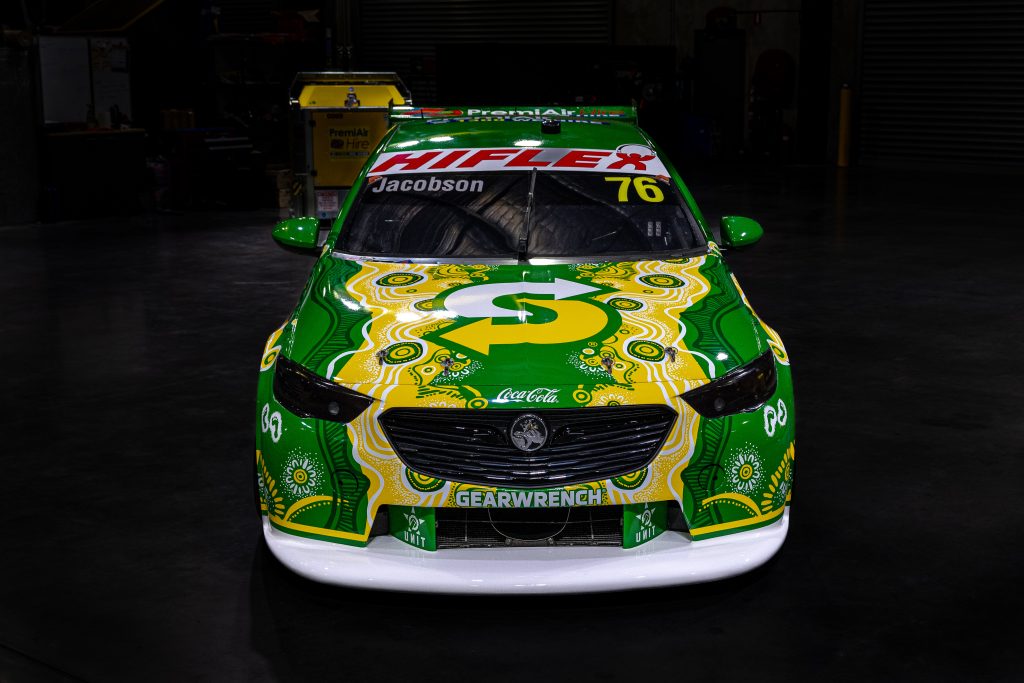 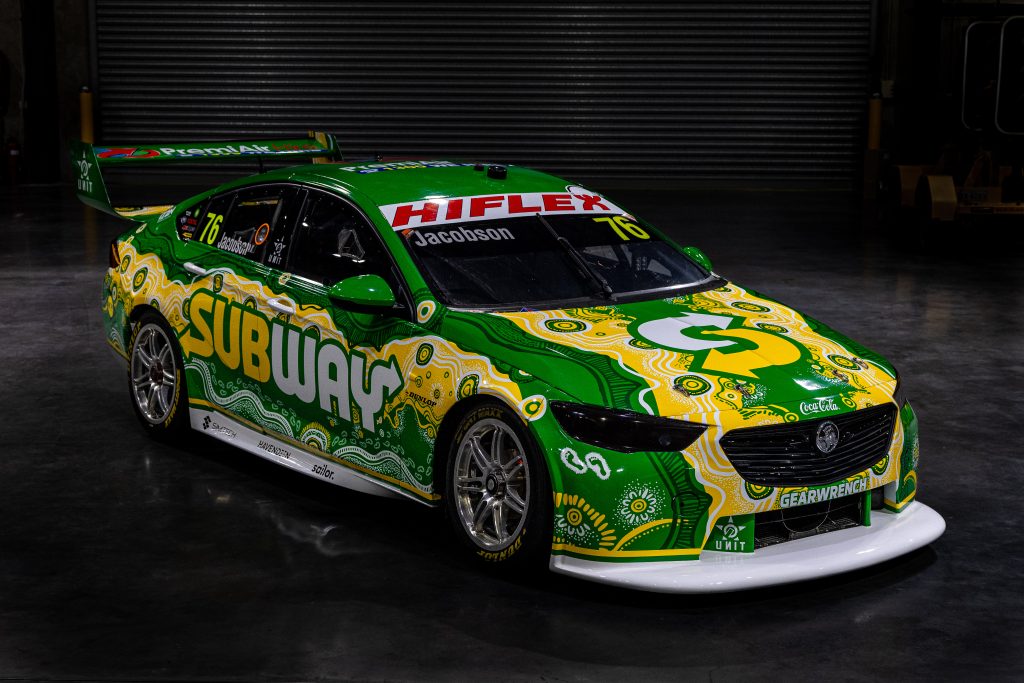 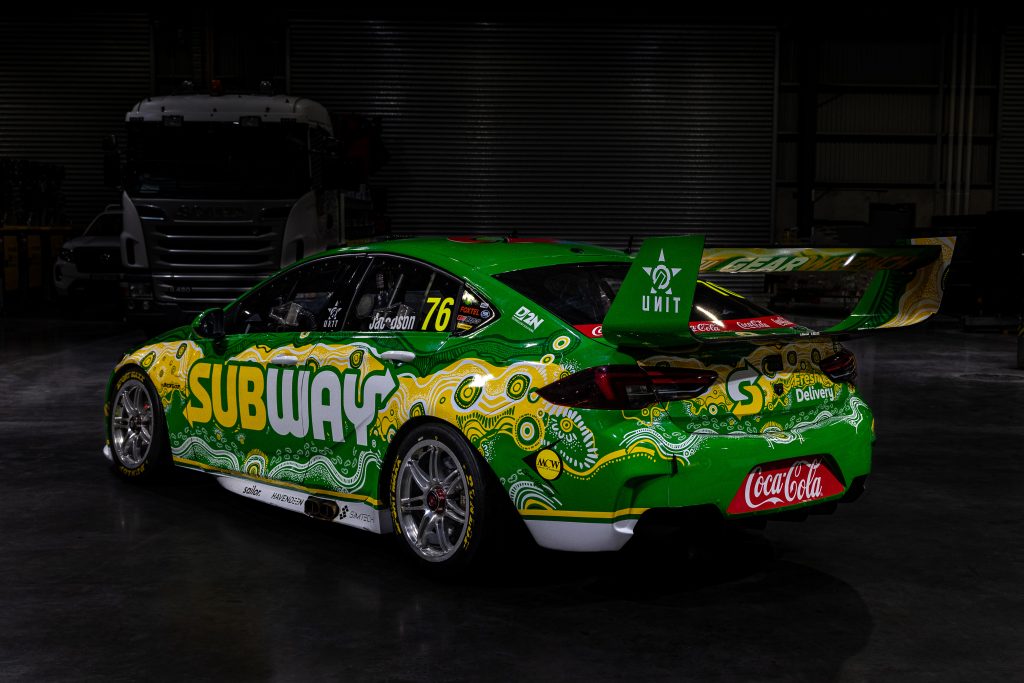 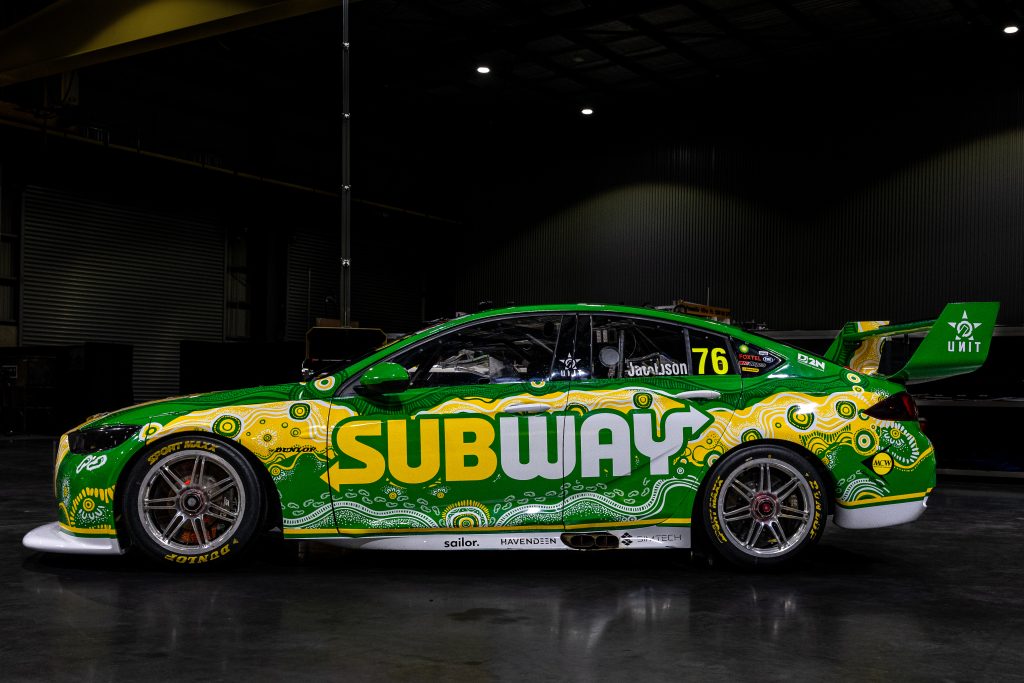