PremiAir Racing and Peter Xiberras have claimed their second consecutive Australian Top Fuel title at the Hidden Valley Drag Strip this evening while being part of a heart-stopping side-by-side 500+kmh final.

Xiberras went to his fifth 2022 Burson Auto Parts Australian Top Fuel Championship A-Final from six events tonight as the championship elect after a blazing round two victory that secured his finals berth and the title while championship rival Phil Lamattina faltered following a round one win which had earlier put him ahead.

While in the A-Final Xiberras was forced to settle for his fifth event runner-up of the season, there was no wiping the smile from his face or the faces of his crew as they were officially crowned as the title winners.

“We did it! What a weekend,” Xiberras enthused.

“Winning one of these was a childhood dream come true, to back it up with a second is just really special.

“We came here 10 points ahead, and after struggling in qualifying and then having a very unfortunate red light in round one, we found ourselves 10 points down to Phil Lamattina.

“Come round two, we completely turned it around with an all-candles blazing 4.094 second pass at 467.82 mile per hour pass to not only take the win over Wayne Newby, but secure our spot in the A-Final.

“With Phil losing on a holeshot in his round two match-up, that meant that we had the points we needed to secure our second national Top Fuel title.

“It is a perfect example of how this sport works – everything can change in the space of just one run, so you can never, ever give up.

“You must always keep your focus, and keep throwing everything you have at it and that is what we have done.

“And that final – what a race! A side-by-side 500-plus kilometre per hour run which was near perfect on both sides of the track is just amazing to be a part of. Of course, we wanted to win the event, but you don’t get much closer than that and I am so proud of our efforts here this evening. Congratulations to Damien Harris – 25 thousands of a second is all that was in it at the line.

“The PremiAir Hire crew dug deep all season and gave me the car I needed to make this happen and I can’t thank them enough for all that they do – we are going to be celebrating this one for a while!”

Xiberras will be sure to show off the Burson Auto Parts Australian Top Fuel Championship trophy in the Supercars pitlane of Hidden Valley Raceway on Sunday as PremiAir Racing’s Supercars entries look to contest two 38-lap races at the Merlin Darwin Triple Crown.

The team’s Supercars crews head into tomorrow hoping some of Xiberras’ luck will rub off on them following a challenging day that saw both of its drivers under the weather with Garry Jacobson battling a stomach bug and Chris Pither suffering the effects of the heat after a cool suit failure on the out-lap of today’s race.

The day had gotten off to a good start for Pither and the #22 PremiAir Coca-Cola No Sugar Supercar with a strong qualifying performance of P11 this morning, while Jacobson and the #76 Subway PremiAir Racing Supercar crew qualified in P20. Come the race however, Pither received a hit and resulting puncture early in the race which saw the #22 a lap down, while the #76 encountered rear-end issues.

Like their Top Fuel counterparts however, no one is ready to give up and it has been a case of all hands on deck preparing for a better day tomorrow.

“It is a shame we couldn’t capitalise on the P11 qualifying, I was just trying to hold position but I was quite tired early on (with the cool suit failure) and I also got a serve early which was quite disappointing. The PremiAir Coca-Cola No Sugar car has some pace in it – we showed that in qualifying and even in the race, so we will come back tomorrow stronger and have another go,” Pither said.

“Our car is not behaving like its usual self but that is all part of motorsport. We know the car is quite competitive and it was occasionally showing speed – hopefully, once we fix it up for tomorrow, we will get back up where we need to be. Congratulations to Chris who qualified really well although he had some bad luck in the race. We will have a look under my car tonight and make sure everything is sitting where it should be, and fight again tomorrow,” Jacobson said.

“It was definitely a case of mixed emotions today, we started out really positive and the race started well, but then Chris was taken out and put a lap down and Garry was doing the best he could given the circumstances. It was a bit of an up and down day, but overall, we are pretty happy and feeling positive and will come back tomorrow and see what we can do,” Cook said. 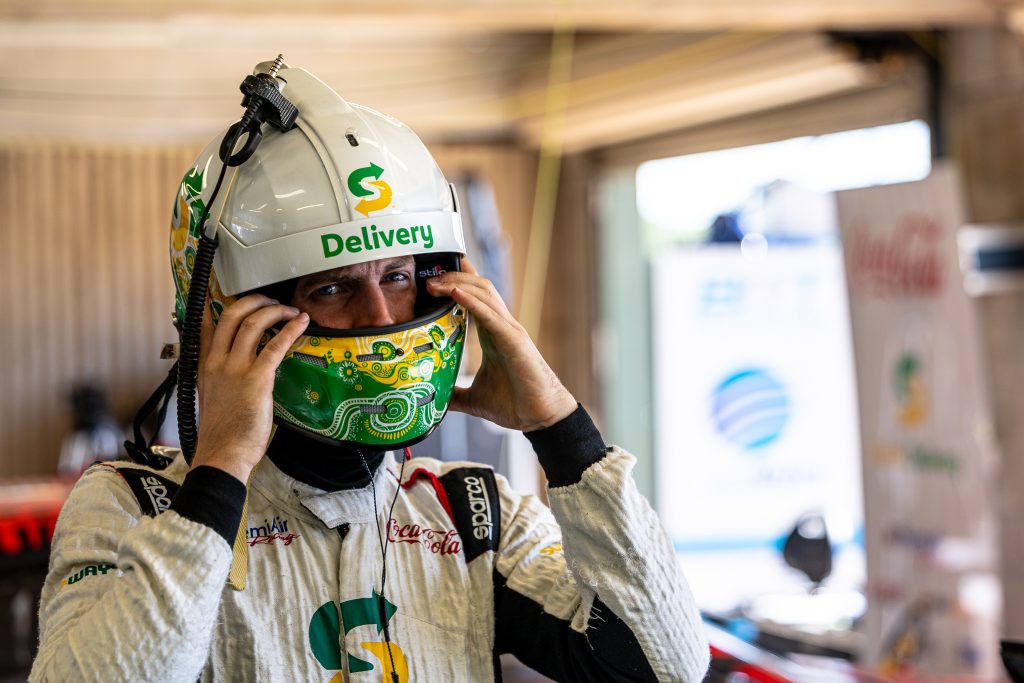 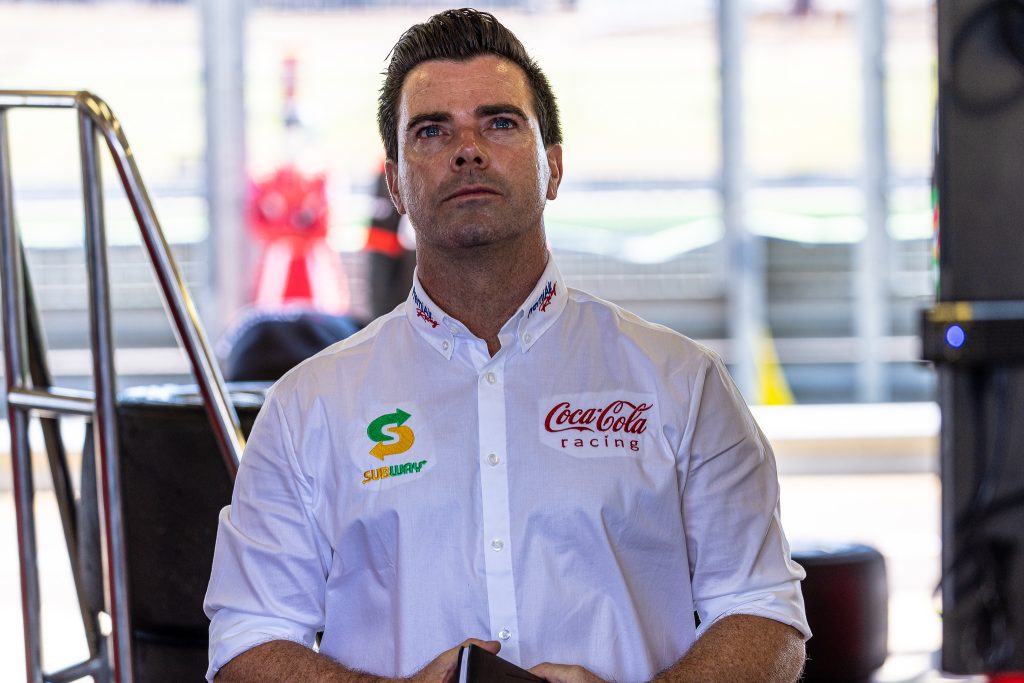