PremiAir Racing’s first long-form Supercars race had it all for the newest team of the Repco Supercars Championship, with plenty of positives and lots of lessons being poured over by the team this evening ahead of another 250km performance tomorrow.

Chris Pither and the PremiAir Coca-Cola No Sugar Supercar had a strong showing early combined with good strategy and pit stops to climb up the order after starting from the rear of the grid following a small qualifying mistake, however damage incurred later in the race ultimately saw him forced to settle for P19.

New driver Jimmy Golding qualified P21 in what was his first qualifying session in a number of years and following only one-hour of track time in the Subway PremiAir Racing Supercar this morning, and was feeling optimistic for the race. He enjoyed a great start off the line, but unfortunately soon after received contact from another car which saw him forced to the pit lane and out of race contention for a steering arm replacement.

“It was an exciting race for sure, and the first of the longer races and with a fuel stop for us,” PremiAir Racing Team Principal, Matt Cook, said.

“Chris was pretty solid all day. Starting down the back is always hard, but he worked his way through, and we had some good strategy and good pit stops and got him further up the grid.

“Jimmy got off to a great start but got tangled with another car and sort of got driven off the road a little and bending the steering, which was very unfortunate.

“He tried to persevere, but it was too dangerous, so he had to come in so we could fix the heavily bent steering arm – unfortunately, it took us to about three laps down to achieve that and that was sort of the day done for him, but he kept at it, circulating and finishing the race and collecting some points.

“At the end of the day both cars came back relatively straight, and we will fight another day tomorrow!”

In reflecting on today’s action, Pither praised the crew and said there was lots of good to focus on.

“There are lots of positives to come out of today. Qualifying was our downfall – I just didn’t get through turn 11 on my flying lap and lost four-tenths, so that dropped us to the bottom of the board on the critical lap at the end of qualifying so that was disappointing. But the good thing about that is we know we can be much better than we were in terms of qualifying,” Pither said.

“We had a good few laps to start the race itself and moved up a number of positions, however a couple of over-zealous moves by a few people down the back of the field shovelled us wide and caused a bit of damage to our car, which saw us lose all the ground we had made up at the start. As a result, I think we lost around 15 seconds in the tangle up, and then there was going over the car in the pit stop as well to get it patched up.

“With that aside, we actually had reasonable race pace looking at the lap speed and how the tyres lasted, so it actually looks rather encouraging. We will have a good look at it tonight. Everyone has done a great job today, we will aim to qualify better, and I am confident that if we can do that, we can race much better up the field tomorrow.”

For Golding, it was a baptism of fire but one that was valuable all the same.

“It was a bit up and down. We started off with a reasonable qualifying result, obviously it is difficult jumping into the deep end and going on green tyres in qualifying again after a few years away – that is always going to be hard to nail it straight out of the box, but I learnt from that and I know what I need to do tomorrow for qualifying,” Golding said.

“In the race I had a good launch and then got cut off and the car was damaged by another car. Luckily, the team fixed that up and got me back out and got me laps which was the main thing for today – to do the race and get the laps under my belt.

“The car was still a little damaged, but it was enough that I could go through the whole race process, go up on the super soft tyre and get that experience to carry into tomorrow, which is the main thing, so not all was lost, even though obviously you don’t want those things (the contact/damage) to happen.”

PremiAir Racing and the rest of the Repco Supercars Championship field will return to the streets of Reid Park for the final day of the NTI Townsville 500 tomorrow (Sunday July 10). Qualifying will be held at 10.10am followed by the Top Ten Shootout at 12.00pm and another 250km race at 2.45pm. For more event information, please visit www.supercars.com.au 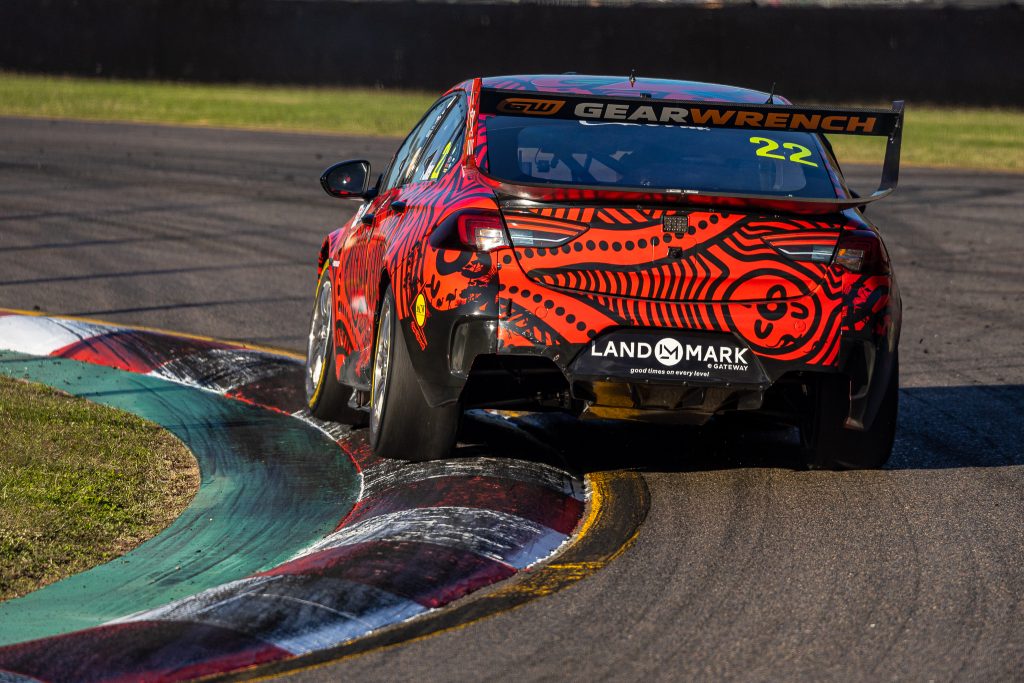 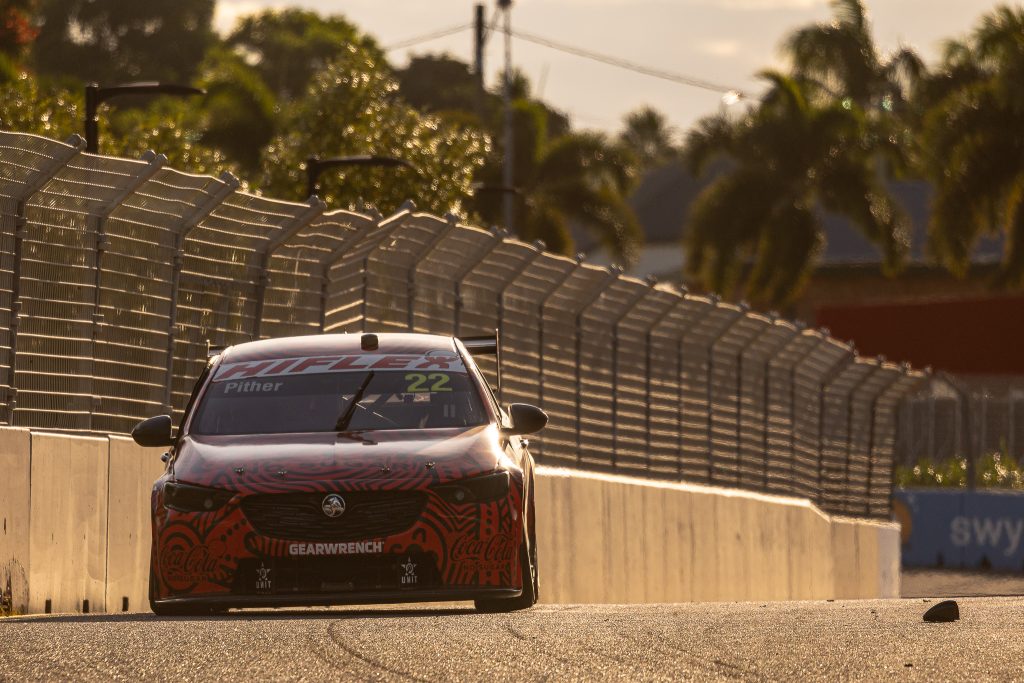 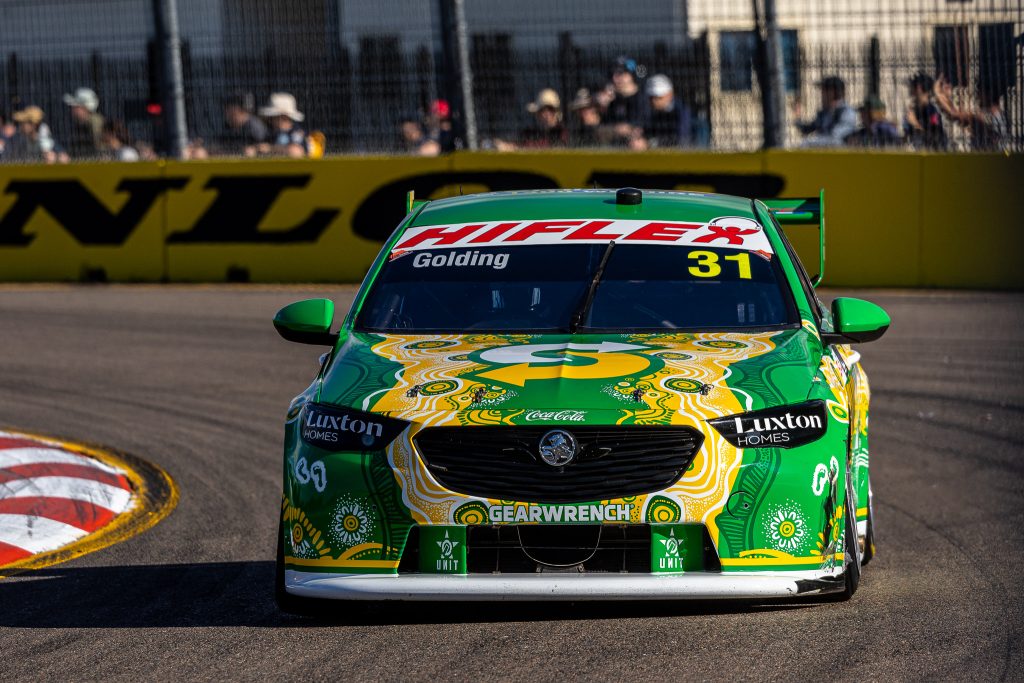 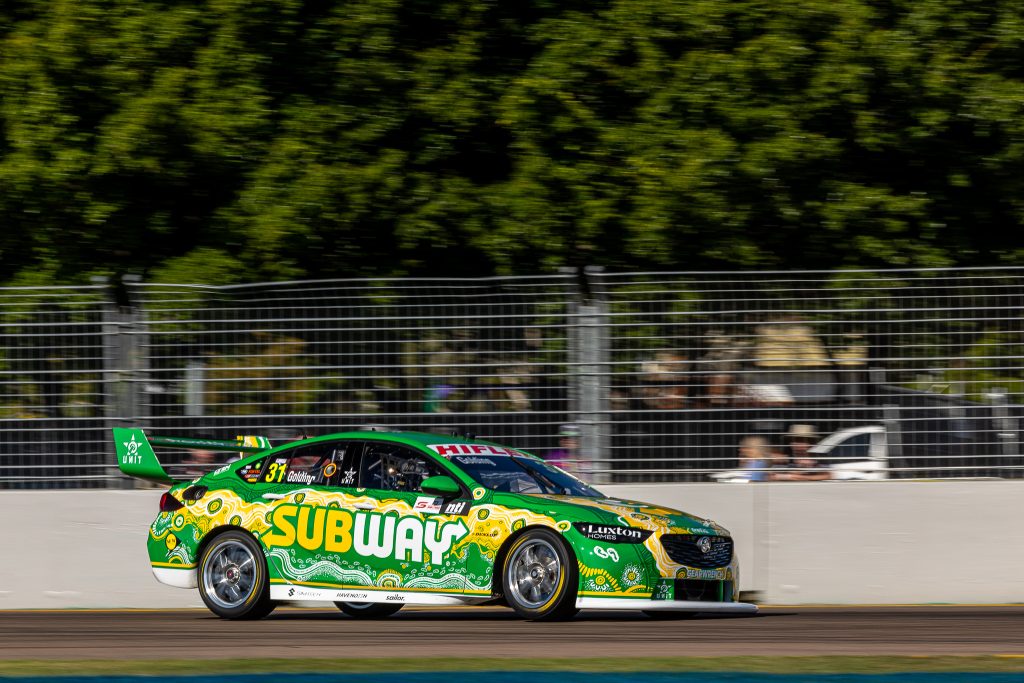