From the highest of highs to the lowest of lows and everything in between, PremiAir Racing experienced it all as part of the final day of the 2022 Boost Mobile Gold Coast 500 today.

The day started off fantastically for the #31 Subway PremiAir Racing Supercar, with Jimmy Golding securing his and the team’s first ever Top Ten Shootout berth with P10 on the last lap of qualifying, before picking up another spot in the Shootout itself to start this afternoon’s 32nd race of the 2022 Supercars Championship from P9.

A good race start followed, however four laps later disaster would strike with Golding making a mistake through the back chicane and coming into heavy contact with the tyre bundle – feeding his car and the tyre bundle directly into the path of the oncoming cars.

The ensuing chaos would see the track blocked and red flags flying as a large number of entries were caught in the incident, with six in total retired due to damage. All drivers thankfully were unhurt, including Golding who was checked out and given a clean bill of health by the medical team after receiving a number of heavy hits in the accident. 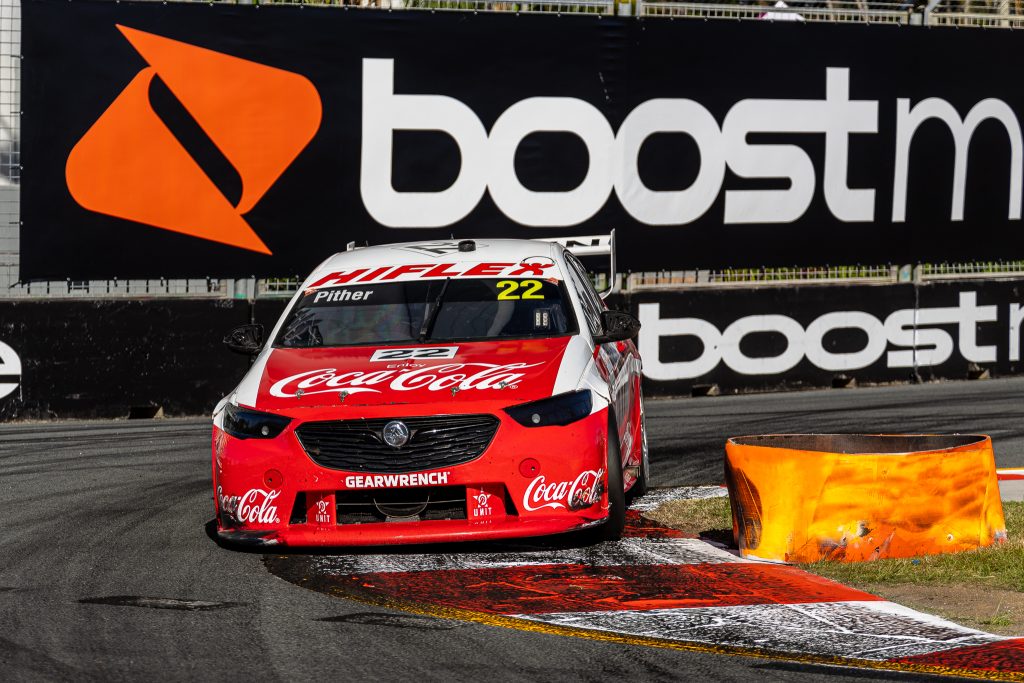 On the other side of the garage, Chris Pither and the #22 PremiAir Coca-Cola Racing Supercar started race 32 from 18th position which meant the #22 was one of the cars which rapidly arrived on the scene of the lap four fracas.

Taking advantage of a single car-width space, Pither was able to navigate through to continue the race unscathed, putting in a great drive throughout an action-packed race to bring home his best result of 2022 with P9.

“What a day it has been here on the Gold Coast,” PremiAir Racing Team Principal, Matt Cook, said.

“It sure was a very exciting day. It had everything, from the highest of highs, to the lowest of lows.

“We had some really good things happen for us, including Jimmy making the Top Ten Shootout in a first for him and a first for the team, so of course we were really excited about that. 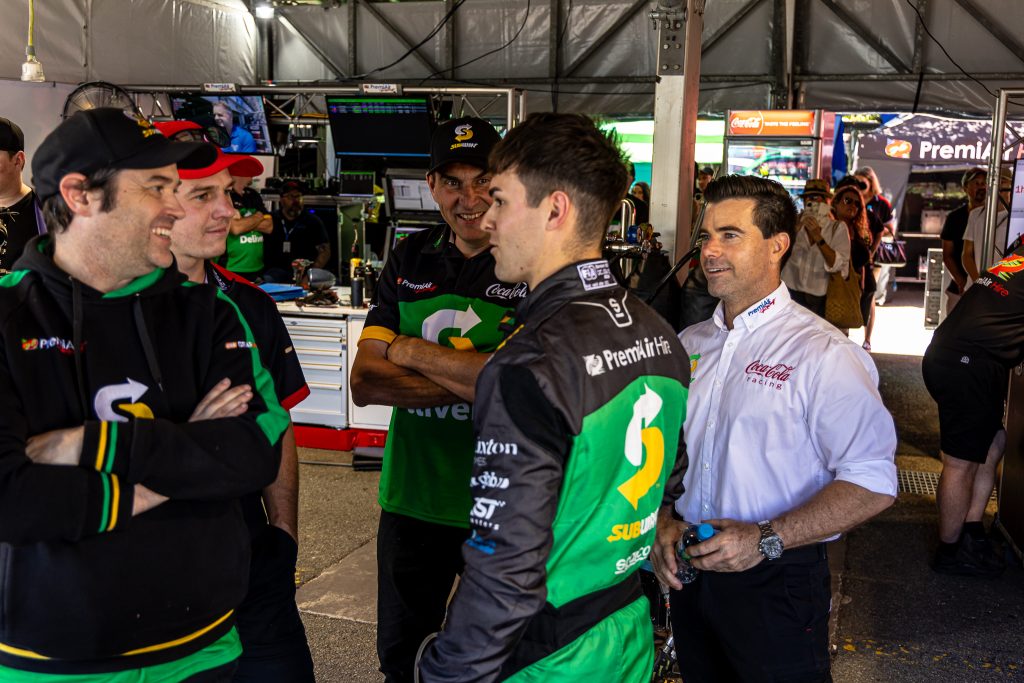 “Then came the race and as we know, this place lends itself to a lot of drama and incidents, and unfortunately, we had one of them with the #31 Subway PremiAir Racing Supercar.

“But then on the other hand, in the #22 PremiAir Coca-Cola Racing Supercar, Chris brought home the best result he has had to date racing for us, and we are super proud about that.

“Today really had it all! We have a lot of work to do now ahead of Adelaide with a heavily damaged car, but we will pull together and get it done and hopefully we can have a great final round of the 2022 season.”

Golding was understandably downcast following the incident, issuing his sincere apologies to all affected.

“We had a good start to the day, putting the car in the Top Ten Shootout and then getting another position in the Shootout to start P9 for the race. I had a solid start, but then unfortunately I made a mistake on the back chicane and came unstuck and was in a pretty big crash,” Golding said. 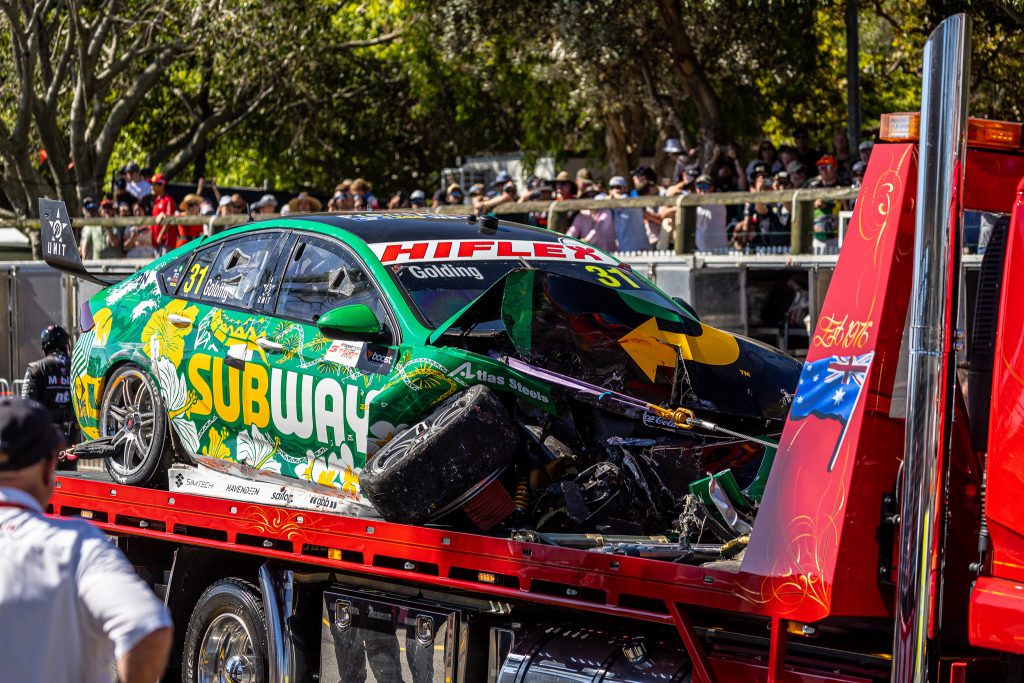 “I am very disappointed and sorry to the team for my mistake, it was human error, and I am sorry also to the other teams and drivers involved as well.

“It is not something you want to see and there are a lot of damaged cars out there, it certainly wasn’t a good way to end our weekend. Hopefully we can rebuild and move on and do better next time.”

While devastated for his team-mate, Pither was pleased he could deliver the team a best for 2022 result in the #22.

“When this place bites, it bites hard, and I was so sorry to see what happened to Jimmy and I am glad that he is a-okay,” Pither said.

“We just managed to get around that incident and so we were able to continue on, and while it was an action-packed race for sure with multiple safety cars and plenty going on, we kept our heads down, our nose clean, and chipped away at it to make sure we brought home the best result possible.

“To be able to bring home the best result the #22 has had this year is something I am really happy about. Hopefully we can take this momentum and continue into Adelaide and see if we can do even better!”

The next and final round of the 2022 Repco Supercars Championship will be held in Adelaide at the VALO Adelaide 500 across December 1-4. For event information, visit www.supercars.com.au

PremiAir Racing is also currently preparing to compete in the latest round of the 2022/2023 Burson Auto Parts Australian Top Fuel Championship, with team boss Peter Xiberras to continue his Top Fuel title defence in the PremiAir Racing Top Fuel Dragster at the Perth Motorplex’s Goldenstates event across November 11 and 12. For more information, visit www.topfuelchampionship.com.au or www.motorplex.com.au