The livery unveil comes less than one week out from the start of the Boost Mobile Gold Coast 500, which will hit the streets of Surfers Paradise across October 28-30. 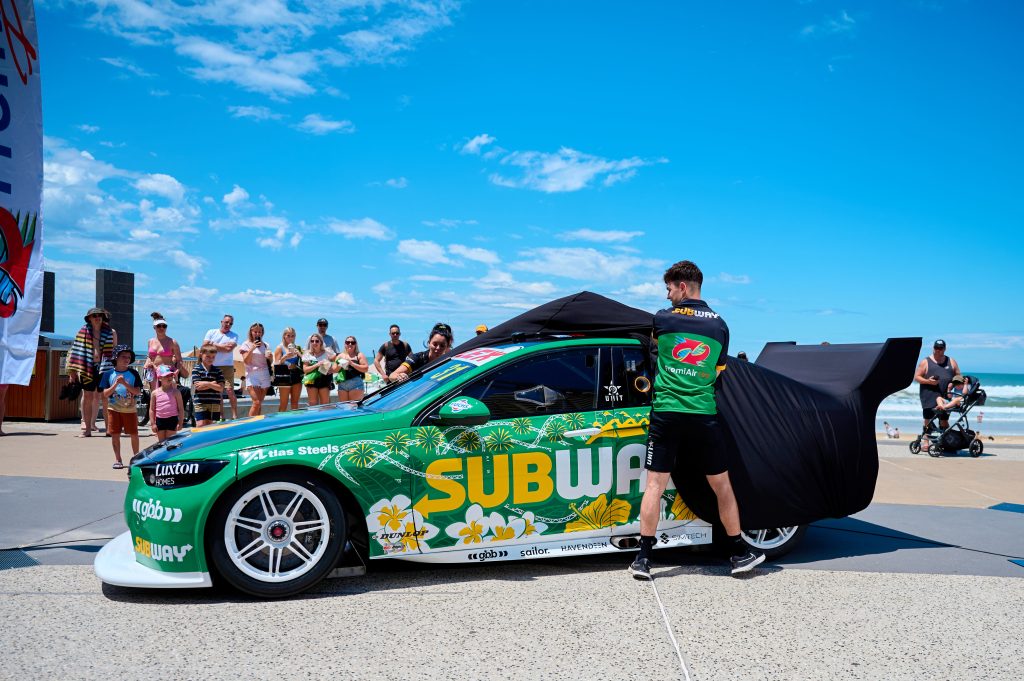 The new livery, commissioned by Subway, features its iconic green, yellow and white colours alongside motifs celebrating the Gold Coast and the Gold Coast 500 event – including tropical flowers, a rollercoaster, the beach and surf, the city skyline, fireworks and more.

“The new look of the #31 Subway PremiAir Racing Supercar is just amazing and I cannot wait to take to the streets of Surfers Paradise sporting this livery which celebrates both the Gold Coast and the Gold Coast 500,” Golding said.

“The car simply looks great with this new, really impactful design, and I could not be more proud to carry it into the event in less than a week’s time.

“Going by the reaction at today’s unveil, the new look is a hit with fans too!”

The livery unveil was held under the iconic Surfers Paradise sign on the Gold Coast, before Golding – who as well as being a racing car driver is also a professional DJ – spun the decks in celebration.

“Getting to bring my love of being a DJ together with my love of racing in such a beautiful setting was really energising and the perfect way to prepare for next week’s racing,” Golding said.

Subway Senior Marketing Manager Ben Miles said they were excited to see the new livery in the flesh ahead of this weekend’s racing at what is the penultimate round of the 2022 Supercars Championship. 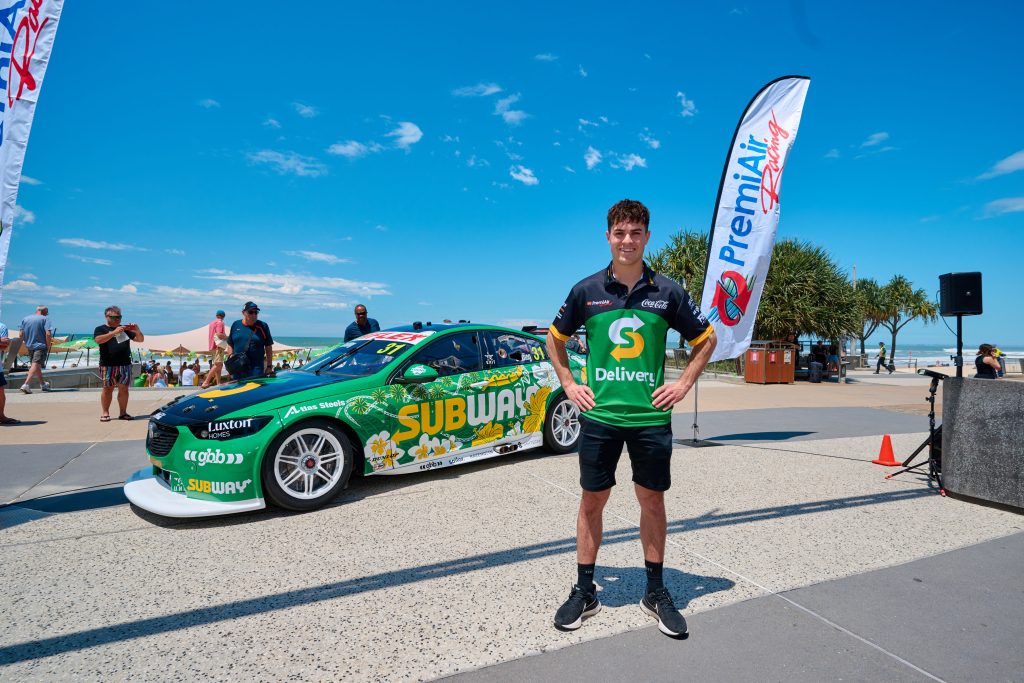 “We have been blown away by the passionate and enduring support of race fans as we have progressed through the 2022 season with PremiAir Racing,” Miles said.

“It was fantastic to see the looks on the fans’ faces as we unveiled the special Gold Coast-themed livery for the Subway PremiAir Racing Supercar and then to have Jimmy show off his skills away from the race track in celebration.

“We had planned of course a much larger Subway Sunday Sesh event on Sunday which unfortunately the weather put paid to, but it was still great today to take the covers off in such a wonderful setting as we get ready for all the racing action.

“And how great was Jimmy’s DJ set – not only is he a talented racer on the track, he is very talented behind the decks and it was fantastic to see him in action this afternoon.

“Now, we look forward to three big days of racing here at Surfers Paradise for the Gold Coast 500 – we already think the new look is a winning one, but here’s hoping we can make that title official next weekend!”

The Boost Mobile Gold Coast 500 will be held on the streets of Surfers Paradise across October 28-30. For event information, visit www.supercars.com.au 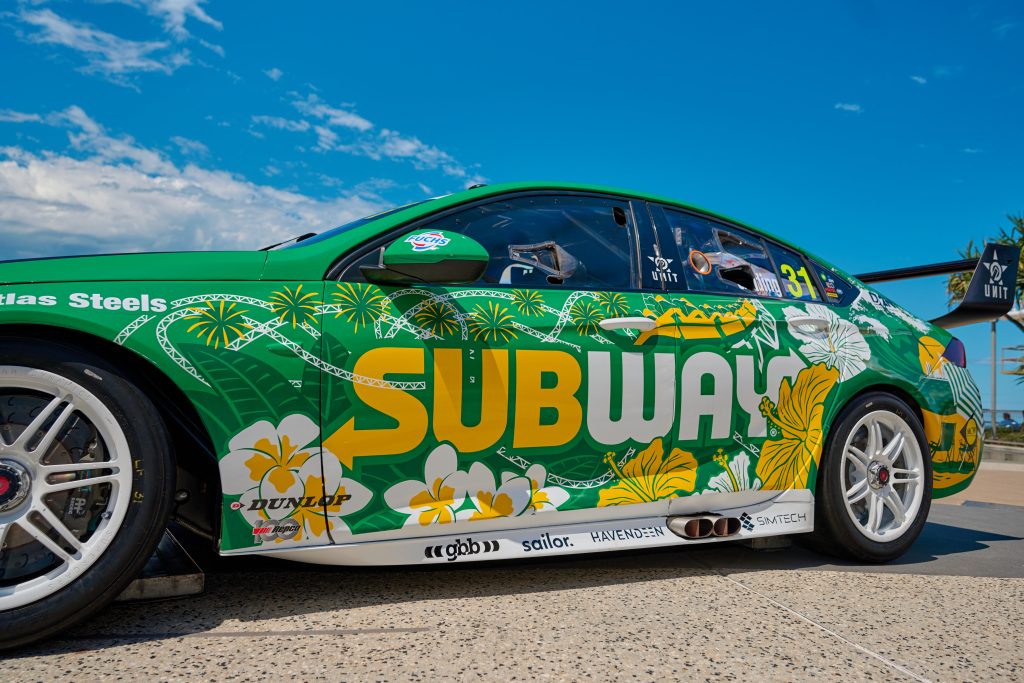 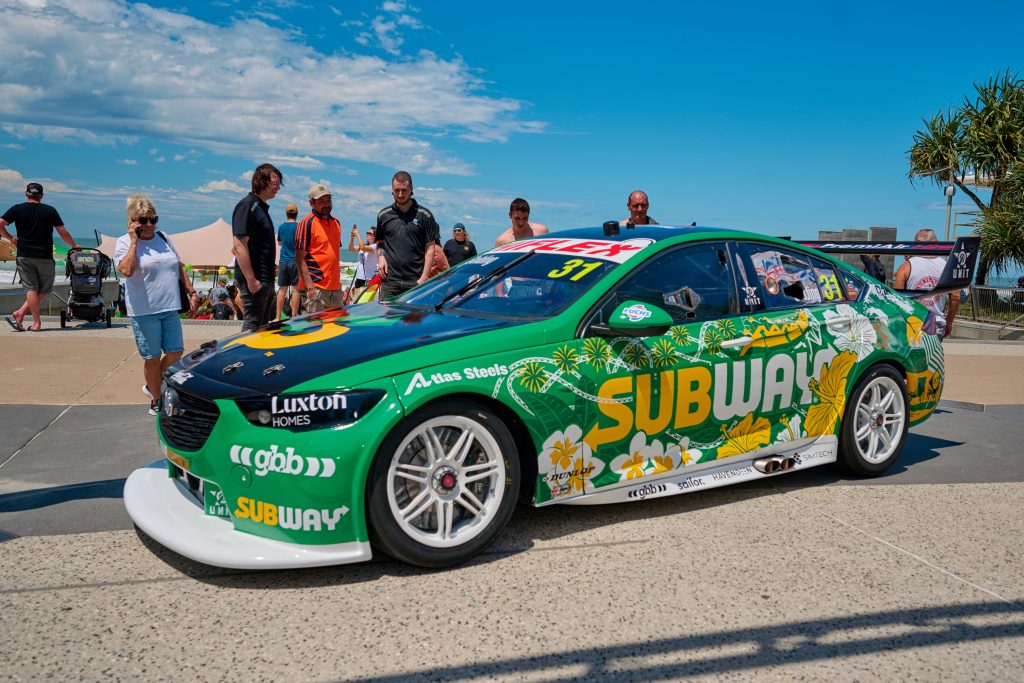 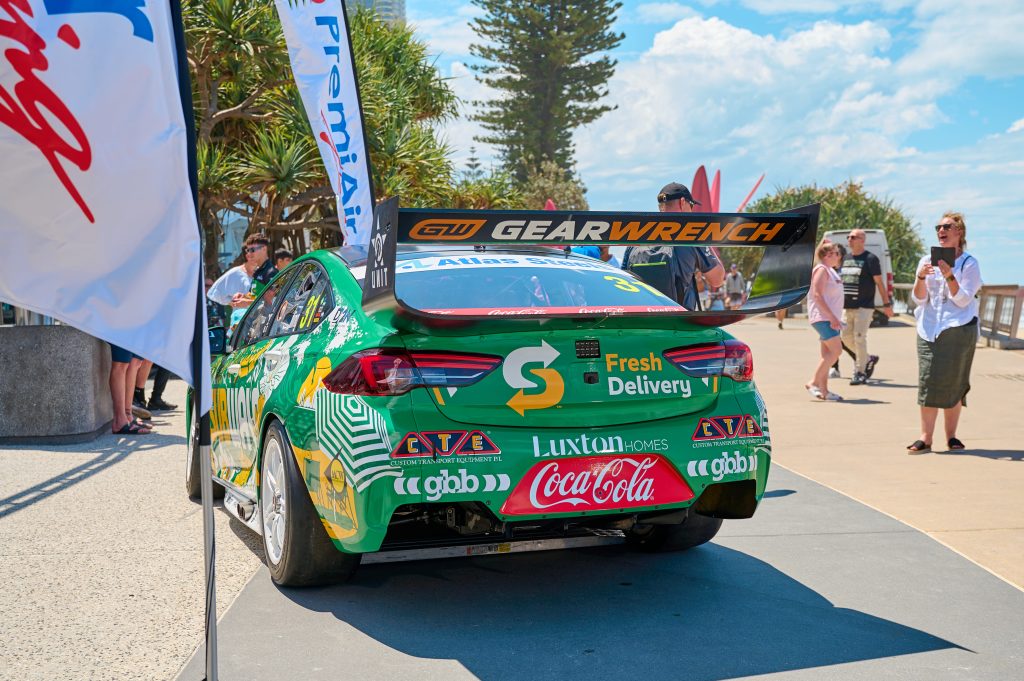 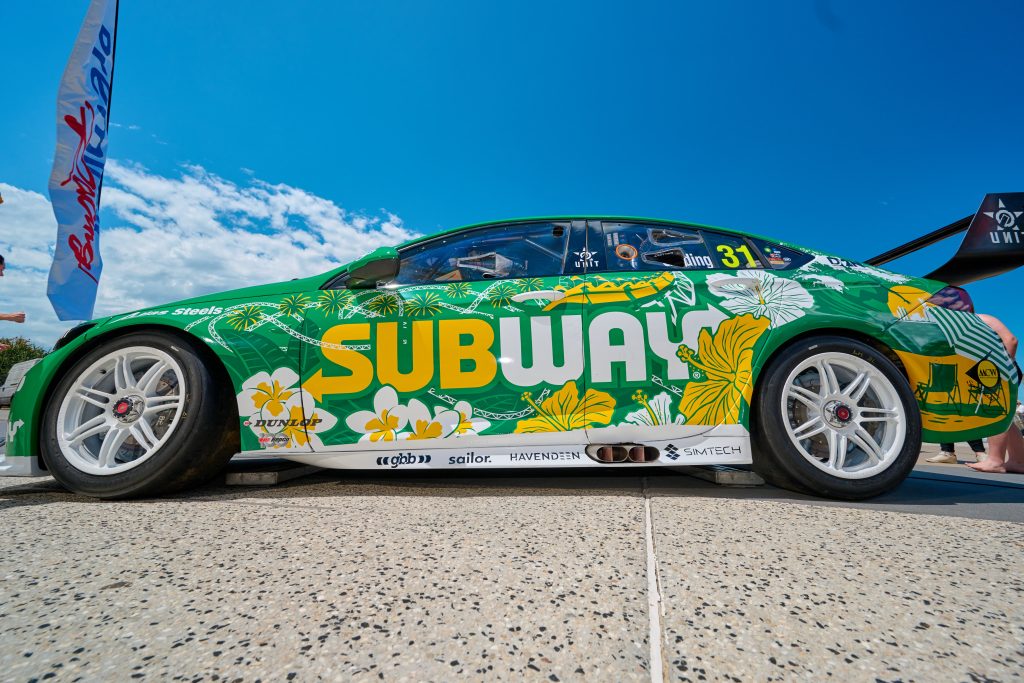