RAIN FAILS TO DAMPEN PREMIAIR RACING ADVANCES AT THE BEND

PremiAir Racing has made some valuable steps forward at The Bend Motorsport Park, despite being on the wrong side of Lady Luck at various junctures of today’s racing.

At the close of Sunday’s proceedings, which featured two qualifying sessions and two 24-lap races, Chris Pither had secured his best race finish of 2022 and his best ever Tailem Bend race result (P12 in race 22) in the #22 PremiAir Coca-Cola Racing Supercar and Jimmy Golding had equalled and then bettered his best qualifying performance at the SA track (P19 and then P16) and equalled his best race result at the venue with P14 in race 23 in the #31 Subway PremiAir Racing Supercar – despite being spun off the track.

The day got off to a good start for the team, with the team making important improvements in qualifying following difficulties in this area yesterday. The back-to-back sessions this morning saw Golding qualify P19 and P16, while Pither locked away grid spots of P17 and P25.

The opening race of the day got off to a difficult start for many, with massive on-grid contact between the stalled Thomas Randle and the charging Andre Heimgartner seeing the race red-flagged before being restarted, and Randle and Heimgartner sent to hospital for checks. PremiAir Racing sends its well wishes to both drivers and their teams for a swift recovery.

Upon the restart, Pither went on to bring home his best result of the season in P12 following a strong drive which was accompanied by good strategy and great pit stops. Golding, meanwhile was showing fantastic promise in the early stages; however, he would be forced to the pits for an outside CPS window pit stop when another driver turned in on him during a passing manoeuvre for P15. While a quick stop meant he was able to remain on the lead lap, Golding was forced to settle for P23.

The second race of the day and final race for the weekend was started under the safety car in exceptionally wet conditions, with visibility a real problem for the majority of the field – including Pither, who really struggled to see in the opening stages before being able to rally and drive through with good pace for a solid P18 in the circumstances.

Golding meanwhile put in an impressive performance in this final race of the weekend, setting multiple fastest laps of the race at various stages and running as high as P8 before he was victim of a hit from behind by an out-of-control car, setting him spinning off the track. Even so, Golding was determined not to give up, powering back onto the track and pushing on to bring home his equal best Tailem Bend race result and his best result since joining PremiAir Racing with P14.

PremiAir Racing Team Principal, Matt Cook, said that overall, it was a positive day out. 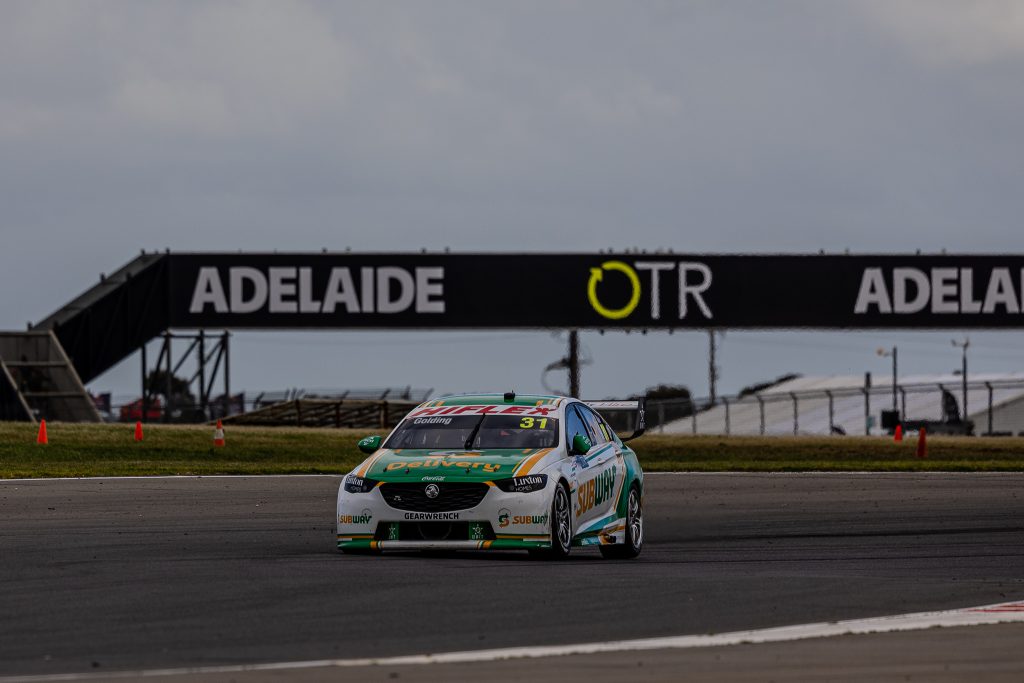 “It was a very busy day out there today with two qualifying sessions and two races. We managed to have some good qualifying speed, although we did struggle with a lack of grip on the circuit in the cold conditions, but all in all we did qualify relatively well,” Cook said.

“We had some really good pace in both races. Race one saw us have some bad luck with traffic, and race two of course was wet and so it was a bit of a ‘play it as you see it’ kind of race. The track was very wet this afternoon, but while the cars were slippery, both had a lot of speed. Jimmy made his way all the way to eighth position before unfortunately getting taken out which moved us back down to P14, but his car was the fastest out there for some of the sectors and had real good speed. Chris showed a good result as well with some fast lap times and was able to finish in the mid-pack despite some visibility issues, so it was a good result.”

Golding was feeling positive after completing what is only his second event back in the main game after a number of years away.

“It was a reasonably good day today for us with some nice improvement overall,” Golding said.

“We got a bit better in qualifying, we sort of knew what we had to do, it was just about executing that. We did still make some changes to the car, so I was trying to drive it the same as I did yesterday with the experience I had with the handling of the car, while at the same time adapting. I didn’t quite get it right in the first qualifying with P19, but in the second one we improved a fair bit up to P16 so that was good. We are really making some good progress with the qualifying car which is probably where we are lacking more for myself, mainly because of inexperience on the green tyre with how the car reacts.

“In race one, we were looking really good, and I put a nice pass on Jack Le Brocq, but he turned in and I wasn’t disappearing! So unfortunately, while we pulled the pass off it damaged the front left and caused us to make an unscheduled pit stop outside of the CPS window, which meant we had to do an extra stop. We had really good race pace though compared to other cars in the field, we were top five (in lap times) which is really positive, it is just unfortunate we weren’t able to really show it in that race, but it was a big improvement over yesterday all the same.

“In the wet race at the end we went pretty well. We were right up there inside the top ten and I was just trying to keep my nose clean as there was a lot going on and it was very hard to pick lines and see where everything was. We were up to eighth, but unfortunately David Reynolds behind us had a lock up and went out of control and just smacked us straight off the track for some pirouettes at turn six. I side stepped and kept going and we managed to finish P14, so that was another positive result for us and once again, we had awesome speed in that race – we put a few of the fastest laps down at different stages and consecutively as well, so it is awesome knowing we are capable of doing that – it is just now about getting it all right, and also we have to have a bit of luck go our way which we didn’t have today.”

At the close of today’s racing, Pither was focusing on the gains made after an up and down day. 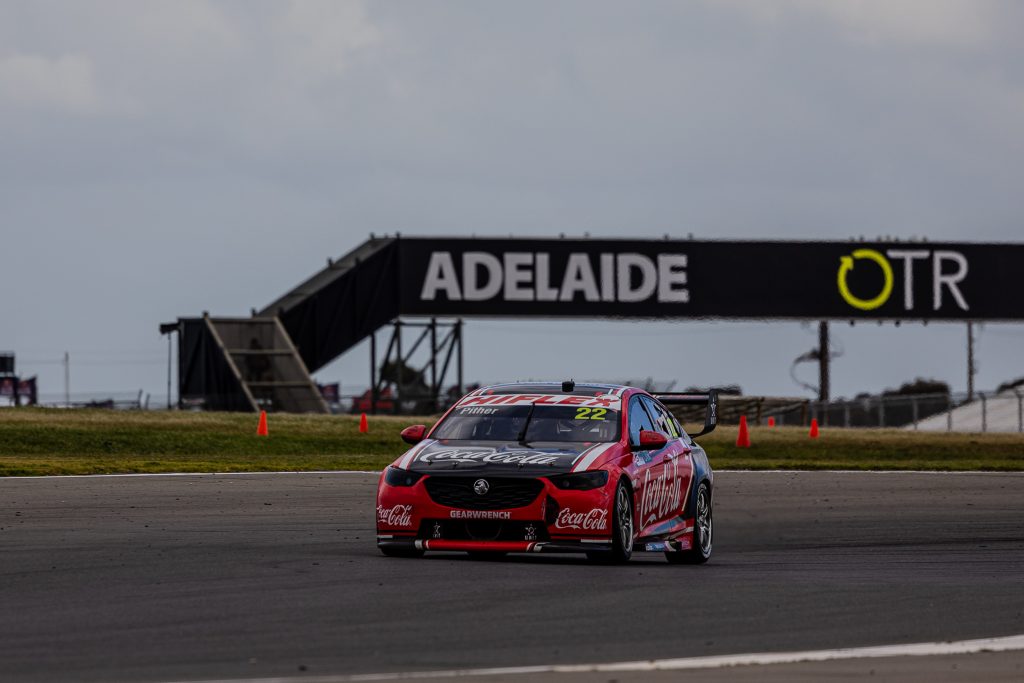 “We made some changes overnight and made good gains today. It was an up and down weekend, but we have positives to take away,” Pither said.

“We had a stronger qualifying run for race 22 and good race pace that set us up to claim our season best race result of 12th.

“After a challenging qualifying for race 23, we started the final race towards the back of the field – the times are so close out there.

“The rain was certainly a challenge and a greasy screen made visibility very hard under the wet conditions, but we were able to move up seven places to finish 18th.

“The PremiAir Coca-Cola Racing team did a great job, and we are learning more every weekend and making steps in the right direction.”

Next up for PremiAir Racing is the Penrite Oil Sandown SuperSprint across 19-21 August, which will feature two x 125km races – one on Saturday and one on Sunday – as well as the co-drivers’ session ahead of the rapidly approaching Repco Bathurst 1000. For event information, go to www.supercars.com.au 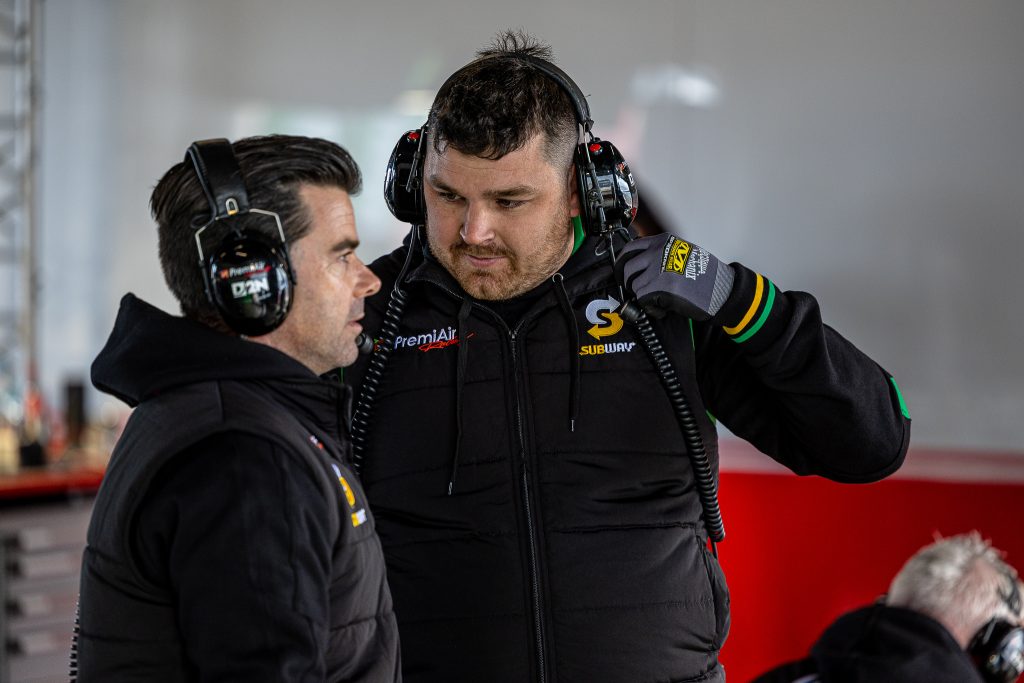 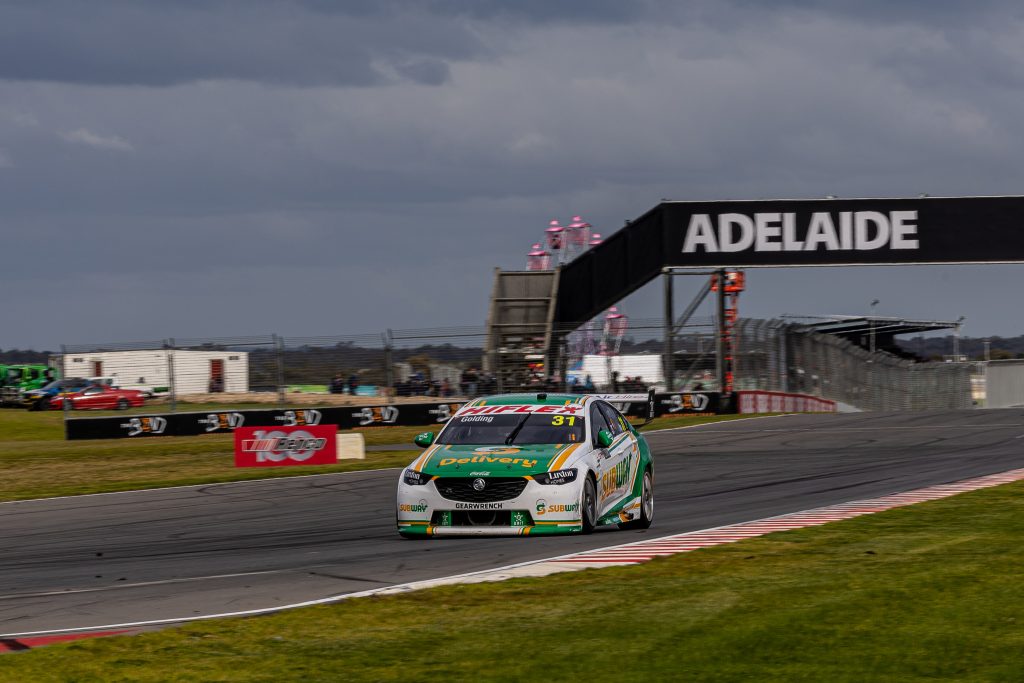 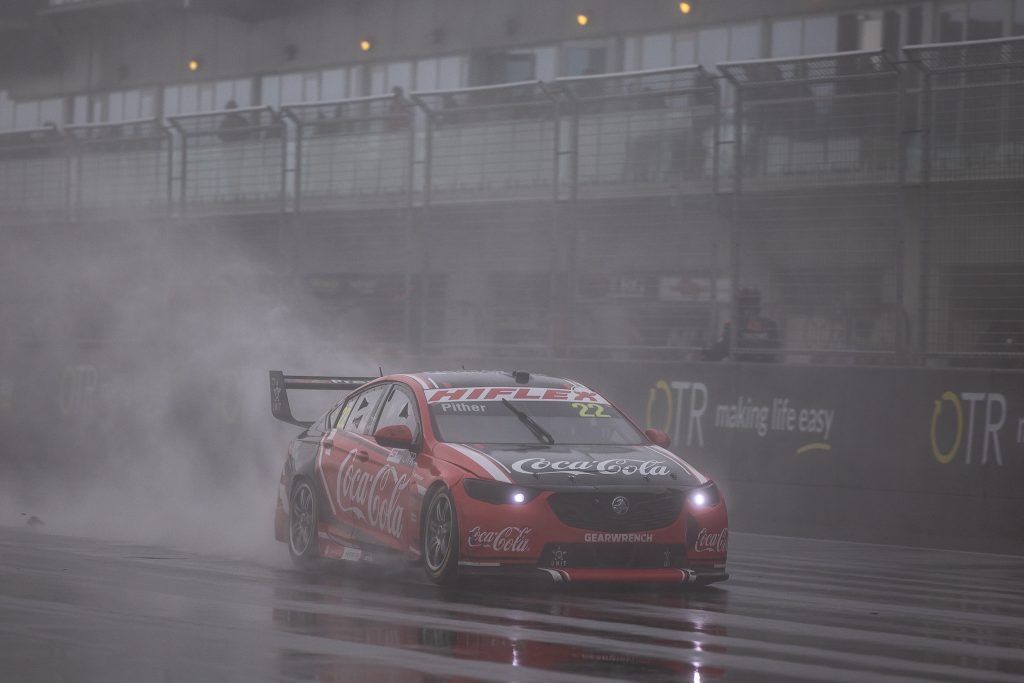