PremiAir Racing has persevered through what was a race of attrition for the entire Supercars field to bring home a top 12 finish in its debut Repco Bathurst 1000 today. 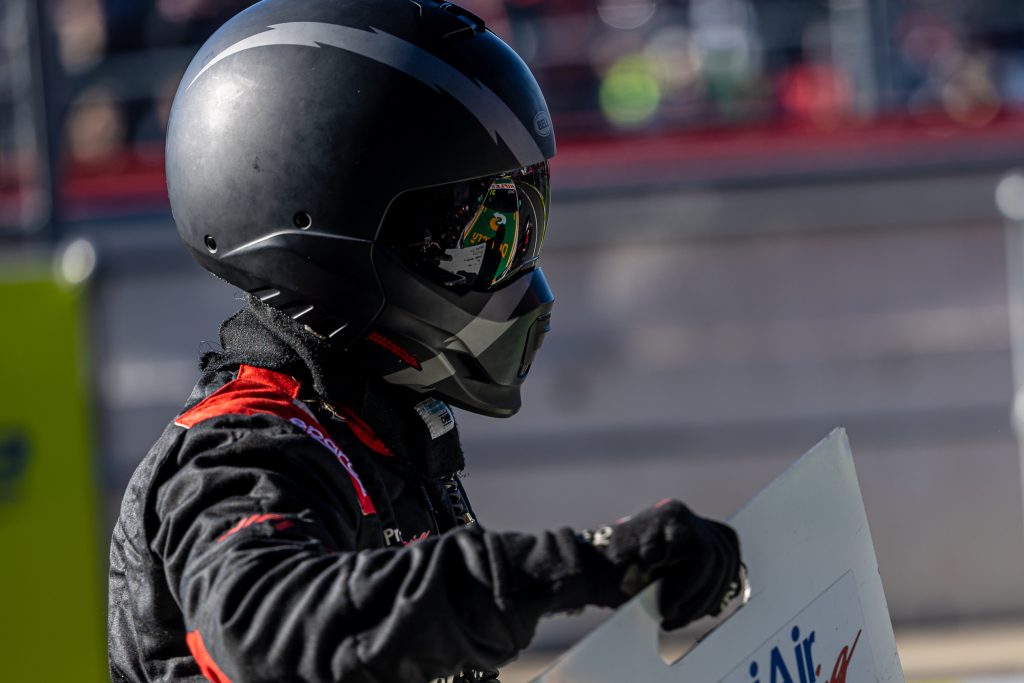 Jimmy Golding crossed the line 12th in the #31 Subway PremiAir Racing Supercar he shared with Dylan O’Keefe this weekend following a mammoth race-long effort in highly changeable circumstances which in the early stages in particular, saw the race conditions changing not only lap by lap, but corner by corner.

Golding secured the P12 finish following a 15-lap dash to the finish after the eighth safety car restart of the race, with Golding P13 and on the lead lap on the restart in what was already a great comeback following an earlier front bar issue on lap 76 which forced the entry down a lap from P5.

Up until that point, the entry – with both Golding and O’Keeffe at the wheel – had consistently run within the top ten and mostly in the top six, after starting the race from P13. 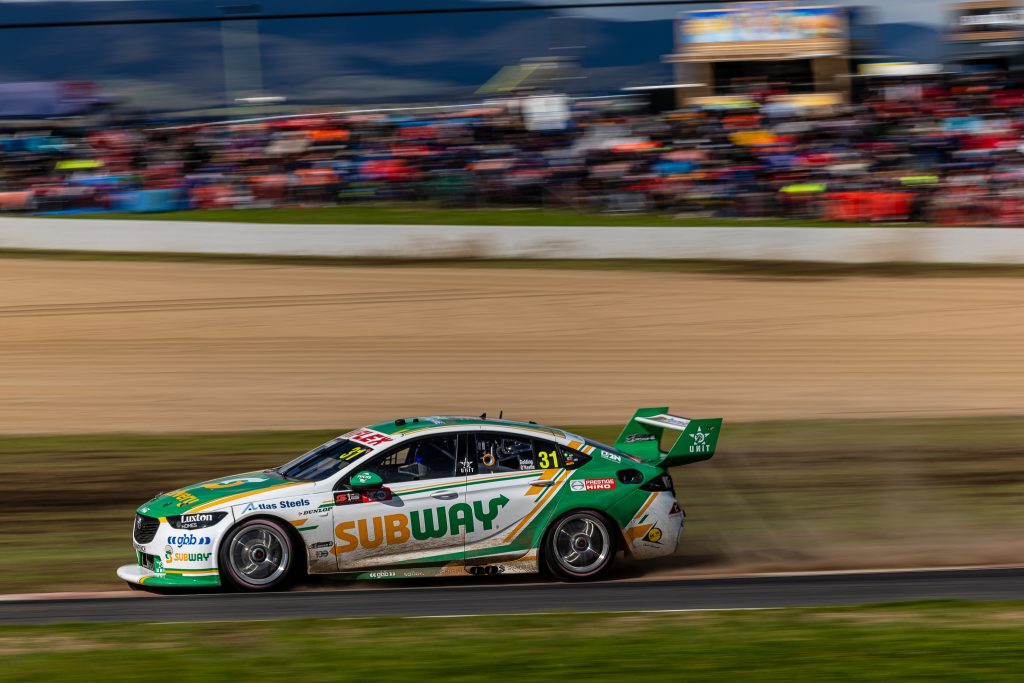 Chris Pither and Cameron Hill meanwhile put in a very strong performance across the day in the #22 PremiAir Coca-Cola Racing Supercar to be running in the mid-pack at P15 with 20 laps to go after starting P21, before sadly falling victim to a power-steering failure.

Prior to that issue, the #22 had run as high as P10 and had managed to stay relatively out of trouble amidst what was truly a race of chaos. Pither had been running P12 heading into his final pit stop to fuel him to the end, which was unfortunately soon followed by the power steering failure. The team dug deep to ensure the #22 could return to the track to greet the chequered flag, finishing P21.

“PremiAir Racing’s first Bathurst is done and at the end of the day, it was pretty good! We had both cars finish, and that is always a good and positive thing, especially as we are still a new and upcoming team, so to have both cars finish is a great result and job well done for all the boys and girls in the team,” PremiAir Racing Team Principal, Matt Cook, said. 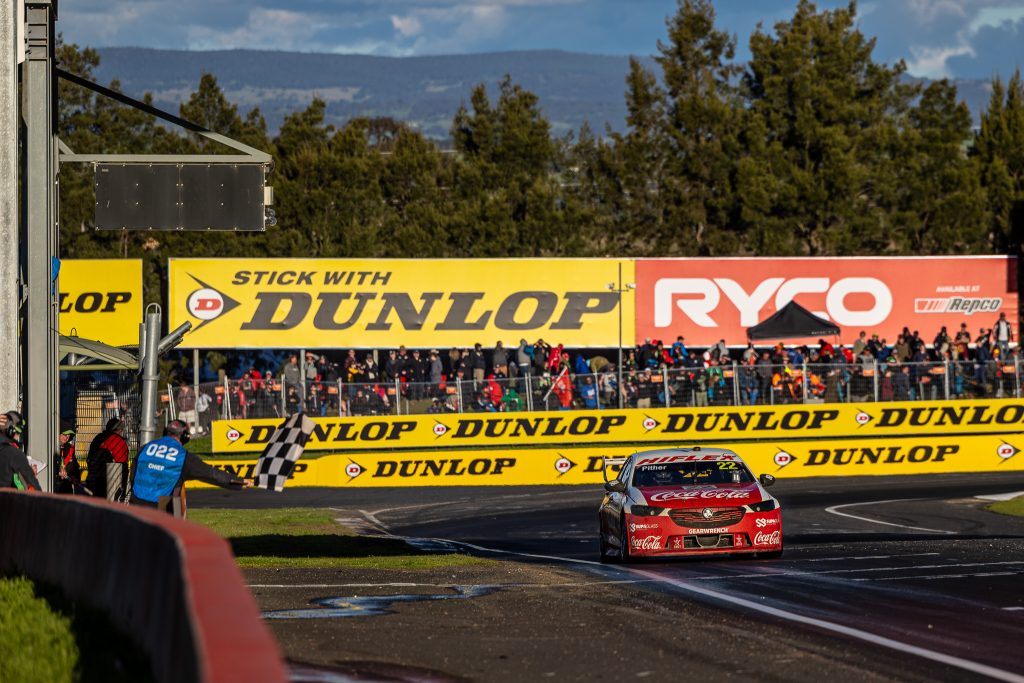 “We had a little bit of misfortune towards the end in the last 25 laps, but we managed to get over it and get on top of it and get both cars to the chequered flag, so that is a always a good result and I think it rounded out a pretty good week for us during which we had some very fast cars in the wet and in the dry.

“At Bathurst everyone has a story, and we have ours, but we are very grateful that we finished both cars to the chequered flag. It was great.”

Team Owner Peter Xiberras was proud of the efforts of his team at PremiAir Racing’s first Great Race.

“After watching or coming to this race for 40-odd years, for some reason today it was the most nerve-wracking race I have ever been too!” grinned Xiberras wryly.

“One of the other team owners pointed something out to me that I probably didn’t immediately appreciate at the time – for a first ever Bathurst having both cars finished, apparently that is quite an achievement to do so, and I have to say that is a testament to the boys and girls and what they do and the maintenance and all the rest of it.

“Obviously, we had a bit of back luck with Chris’ car with the power steering issue and for Jimmy, if it wasn’t for that splitter delaminating, I am pretty confident that he and Dylan would have put us in the top ten somewhere.

“All round, yes we had a little bit of bad luck, but I think it was a good effort by all.”

“It was a pretty crazy day! We just missed a few crashes, and we had good speed all day. Dylan did an awesome job, and the team did an awesome job, it is just unfortunate with the front bar failure that we had to do an extra couple of stops there. But we gave it our all, and I am super proud of the whole team and just can’t wait to get to the Gold Coast now.”

“It was a pretty good day. We had good pace and Jimmy did well at the start to avoid everything, and then when I jumped in, I just tried to settle into a rhythm. The car had good speed and I didn’t have to drive it too hard to keep it where it was, which was nice and is always good from a co-driver’s point of view to keep the car in a good spot and be safe. It was a real shame about the front bar failure, the boys did a mega prep with the car, and we were driving well so I think we were definitely on for a top six point, so that goes begging. It would have been nice to finish up there but on the same token, having some bad luck, it is good to still finish.”

“The Great Race is run and done! Unfortunately, we didn’t end up where we wanted to be, but we had a relatively strong day. We avoided all the carnage in the early part of the race with a couple of close calls, but we managed to get through with minimal damage and we were sort of building throughout the day – the car was coming to us as the track gripped up and I was feeling like we were in a pretty strong position there for those last couple of stints when we were running around 12th. It was all looking good until it wasn’t, when we had power steering issues towards the end of the race and had to go into the garage and spent quite a bit of time there trying to rectify that. The team worked hard and did all they could to fix the problem so we could take the chequered flag which was good. It is a disappointing result after having a bit of potential, but that is Bathurst – that is what she wrote this year, but it was great to drive with Cam, he has done a great job and thanks to him for coming along for the ride.”

“I am really glad that Chris started the race because it was pretty hectic out there! He had to dodge a fair few accidents. We were having a really good day; we were just chipping away at it and when I gave the car to Chris we were in a really strong position and our pace was looking really good, so if it wasn’t for that power steering issue who knows, I feel like we were knocking on the door of a top ten finish. Thank you to the whole team, to Coca-Cola, to PremiAir and to Chris for letting me share his car.”

PremiAir Racing will next be on-track for the Boost Mobile Gold Coast 500 across October 28-30 – the penultimate round of the 2022 Repco Supercars Championship. For event information, visit www.supercars.com.au