PremiAir Racing is once again preparing for a double-header weekend, with the next round for both the Repco Supercars Championship and the Burson Auto Parts Australian Top Fuel Championship (ATFC) to be held at the one event in Darwin next month.

“It was a huge weekend at Heathcote for us, not only were we contesting round five of the championship, but we also had the round four final which was held over from our racing in Sydney two weeks ago,” Xiberras explained.

“Two race wins today – including one on a holeshot – saw us secure our spot in our second A-final of the weekend, in front of an absolutely packed crowd.

“When all was said and done, we walked away with two runners-up trophies and most importantly, the Burson Auto Parts Australian Top Fuel Championship lead with just one event left to run.

“We might not have taken the big trophy today but we advanced our championship position and that is what it is all about in the big scheme of things and already we are laser focused on making sure we can put together the best package possible in Darwin in a few weeks’ time so we can defend our Australian title.”

One and a half hours away in Winton, the #76 Subway PremiAir Racing Supercar of Garry Jacobson and the #22 PremiAir Coca-Cola Racing Supercar of Chris Pither were back on-track for two 36-lap races today, with the team digging deep to make solid gains on and off the track – including a personal best Winton result for Jacobson in the final race of the weekend.

“We got caught out a little in qualifying by the weather and the phasing of the tyre, but we moved forward and went into race 14. We had some really good pit stops that allowed us to jump a few in pit lane and also passed a few cars on track (before Garry’s transaxle issue), and overall managed to keep our nose clean and stay out of trouble. It was a good effort by the team and a solid performance by the drivers,” explained Team Principal Matt Cook, who was enjoying his first event with PremiAir Racing this weekend.

“In race 15 Garry especially had a solid race, he qualified in the mid-pack and found himself in some clean air which we really took advantage of. He managed to get a gap to the cars behind and after a good pit stop, we sent him out in some more clear air. There was some luck on our side which we will take whenever we can, and Garry finished P16 – a personal best result for him at Winton.

“We did have some reliability issues, but we got on top of them very quickly and managed to rectify them and get the cars out with some good balance and performance; and for me as my first weekend with the team, I think it was a good weekend.

“The team has done a fantastic job in the last four events, and it is all those one-percenters we will focus on now to improve. Ahead of Darwin will be going testing Monday week and working on getting the drivers more comfortable and learning as much as we can to make some changes to get the cars further up the grid.”

Jacobson was happy to end the weekend on the up, securing his best-ever Winton result.

“We fought hard in that final race to get P16. I love the feeling of getting better as the race weekend goes on and it was awesome work by all of the PremiAir Racing crew to get my car back out there in time after the gearbox drama in race 14, where we had been approaching the top 15 after a good start and finding my rhythm,” Jacobson said.

Pither is looking forward to the next round at Darwin.

“Winton is a track where there is not a huge amount of passing, but we did improve our race pace in the final race of the weekend and moved up a couple of positions as a result,” Pither said.

“We have been making some steady progress in the previous rounds. Overall, the team did a great job, putting a lot of effort in as always. We will pinpoint what we can change for Darwin and come back stronger.”

PremiAir Racing now heads to Darwin’s Hidden Valley Raceway for the Merlin Darwin Triple Crown, which will host both the latest round of the 2022 Repco Supercars Championship and the final round for the 2022 Burson Auto Parts Australian Top Fuel Championship across June 17-19.

For information about the Repco Supercars Championship, visit www.supercars.com.au 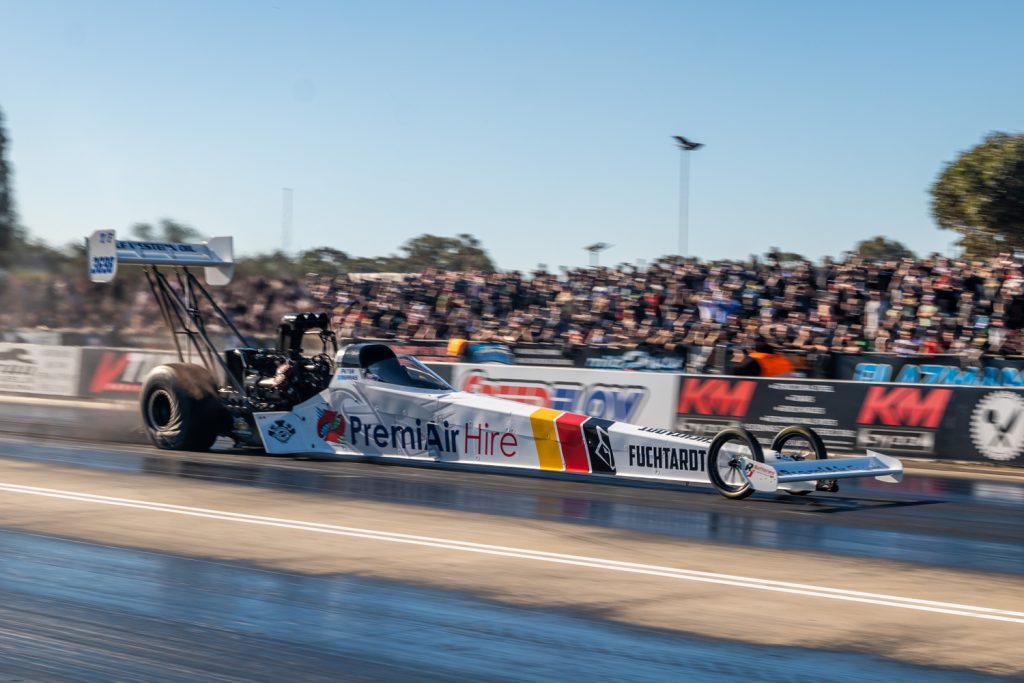 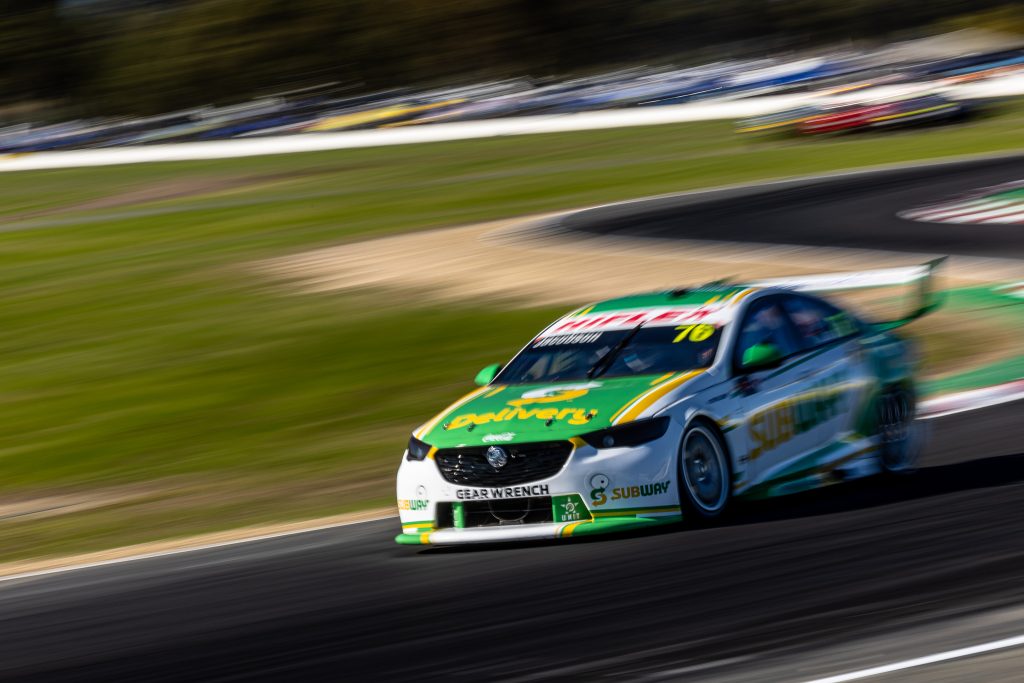 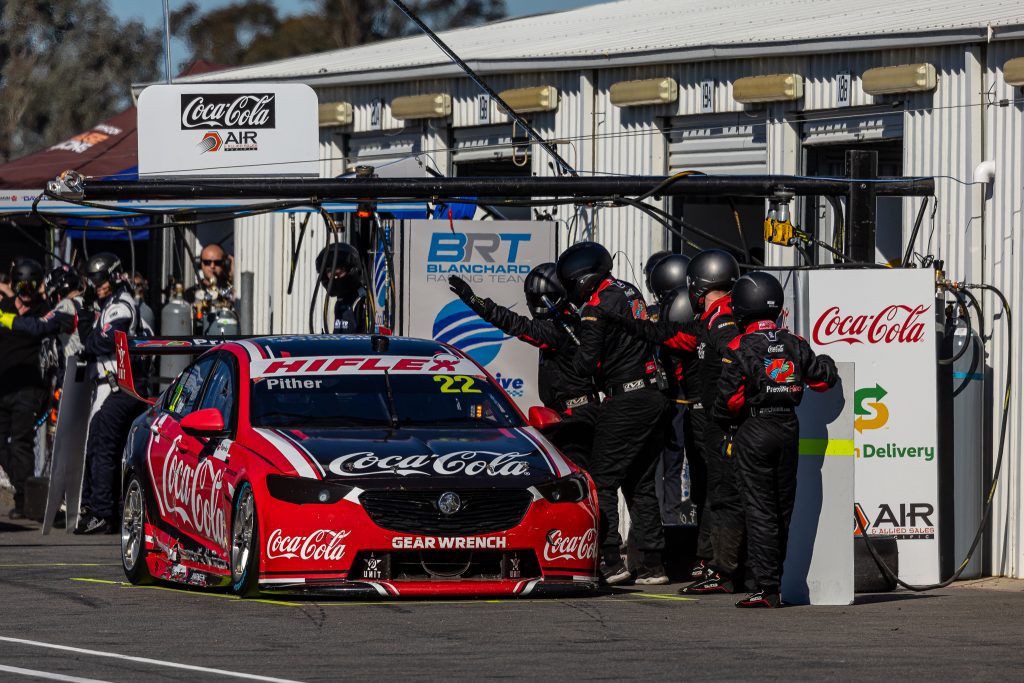