At Heathcote Park Raceway, team boss and Top Fuel driver Peter Xiberras was the second-fastest qualifier for round five of the Burson Auto Parts Australian Top Fuel Championship (ATFC) in the PremiAir Hire Top Fuel Dragster, and also secured the round four runner-up trophy in the postponed final which was run as part of the second session of qualifying today.

At Winton Motor Raceway, the #76 Subway PremiAir  Racing Supercar and #22 PremiAir Coca-Cola Racing Supercar of Garry Jacobson and Chris Pither respectively encountered some early struggles, before each taking valuable steps forward in the first of three 36-lap races that will be held this weekend.

Tomorrow (Sunday) will host three rounds of racing to decide the ATFC round five winner at Heathcote Park, and qualifying plus two further 36-lap races for the Winton SuperSprint.

“It was fantastic to perform today in front of an absolutely packed, at-capacity crowd, and our first qualifying session saw us race through to be second on the qualifying sheets which was a great start,” Xiberras said.

“The second qualifying session doubled as the postponed round four final, and we lined up against Shane Olive to do battle for the round four win.

“Unfortunately, the C and B Finals that were run before us both saw oil put down on the track, which meant lengthy cleanups.

“Consequently, by the time we actually took to the track, it was much, much colder than the conditions we anticipated when setting up for our original running time of 5.00pm. Off the hit, we blew the tyres off and that gave Shane the opportunity to race through for the win.

“Even though that was disappointing as we would have liked to really race to the line of course, it was still a good day – the atmosphere was fantastic, a runner-up result still brings plenty of valuable championship points, and we qualified second heading into tomorrow’s racing – so hopefully we can come out here Sunday and make up for today’s final by taking home the round five winners’ trophy!”

“I think we did a pretty good job in the race, we knew there would be some carnage and we managed to keep our nose clean and gain eight positions, so that was good.

“The car is still having some handling characteristics that aren’t optimum for me; I am still struggling a little bit for car speed and performance, but if we can have a bad day as far as qualifying speed and lack of performance and then still truck on to get a good position in the race, that means we are doing well in other areas.

“That was a big highlight for us, that we did well in other areas such as our pit stops – they were the fastest they have been all year. We also did well with connecting with a couple of fresh faces – Matt did an extremely good job as Team Principal for his first round and Zac our new number two did an exceptional job as well.

“I think as a collective, as a team, we have found a different way to get a good result which is good for our team and the #76 Subway Racing car.”

Pither and the #22 PremiAir Coca-Cola Racing Supercar crossed the line in P26 today after early race pace was compromised by a technical issue with fuel pick-up.

“Race 13 was a tough race, and it was a bit of a disappointing result in the end. Initially, we sort of missed the mark in qualifying a little bit, we need to find more qualifying speed for tomorrow, but we had moved forward considerably in the race,” Pither said.

“We were tracking along half okay but then unfortunately our result was hampered by multiple mechanical issues towards the end of the race.

“The team is working hard tonight to decipher what has caused that and hopefully, we can eliminate those issues.

“Ultimately with the issues we had, we should find some car speed at the same time, so we will put in the effort tonight and rectify those issues so we can come out tomorrow and qualify a bit better and hopefully have a stronger day.”

PremiAir Racing’s Sunday Supercars schedule will feature qualifying for races 14 and 15 at 9.40am and 10.00am respectively, race 14 at 12.25pm and race 15 at 3.35pm. For information about the Winton SuperSprint, visit www.supercars.com.au

At Heathcote Park Raceway, PremiAir Racing will be on-track for three rounds of ATFC racing at 11.30am (round one), 2.00pm (round two) and 4.30pm (finals). For information about the Burson Auto Parts Australian Top Fuel Championship, visit www.topfuelaustralia.com.au 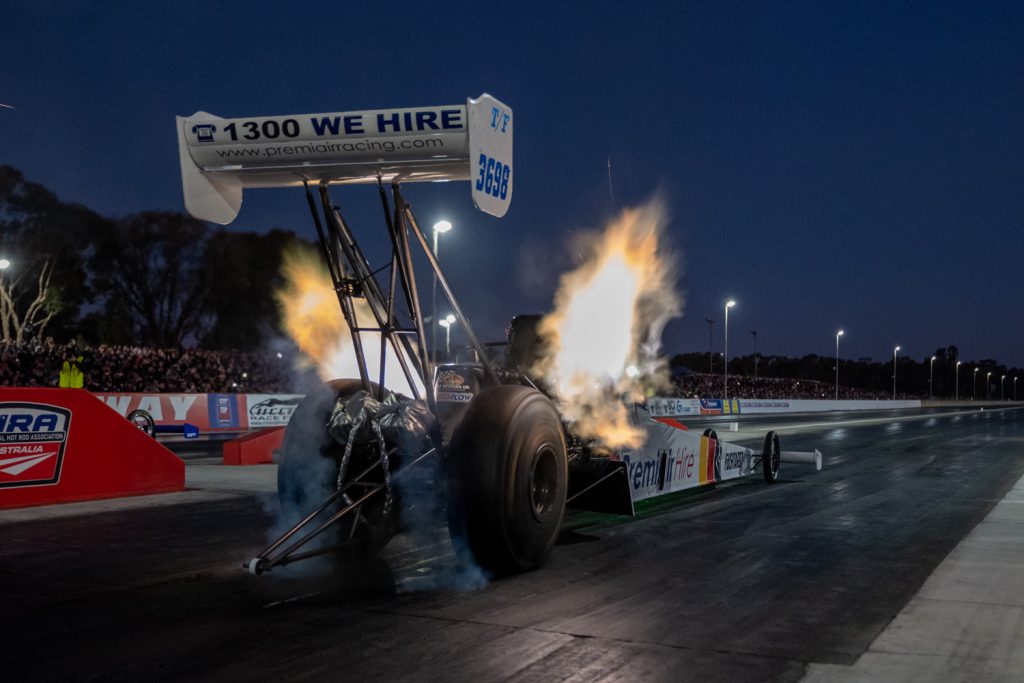 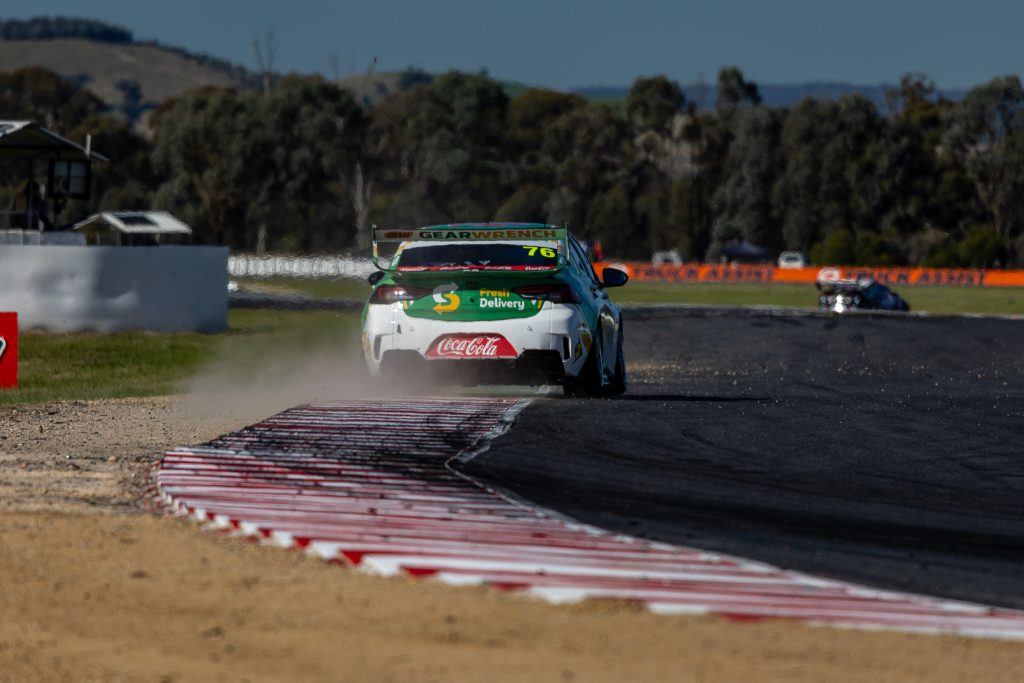 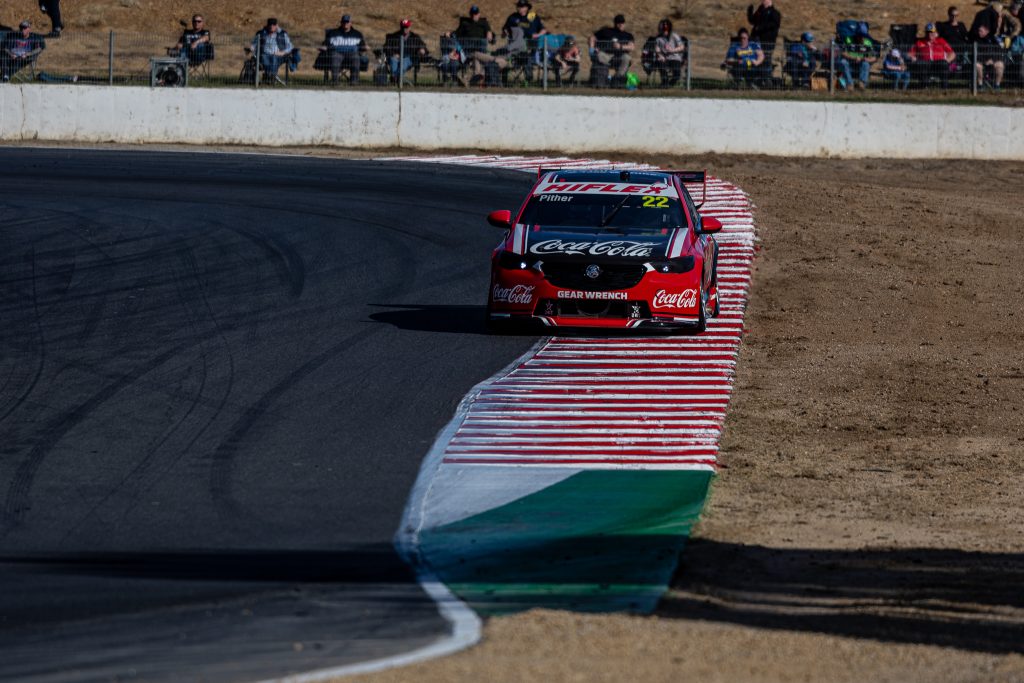 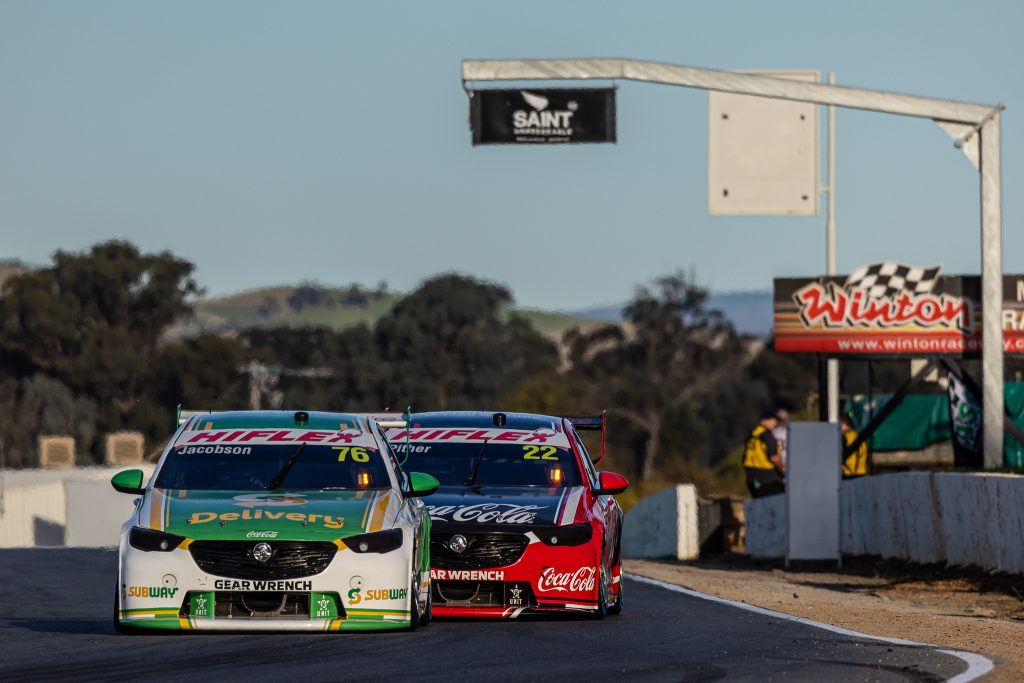