Today’s final two races of the Bunnings Trade Perth SuperSprint may not have gone exactly to plan for PremiAir Racing, but the team is committed to taking a big picture view full of positives.

The first of today’s two races was action-packed with a red flag off the opening lap and both Jacobson and Pither doing a good job to hold on for P14 and P15 respectively amid plenty of tumultuous on-track activity.

The third and final race of the weekend this afternoon was challenging for both PremiAir Racing entries, with Pither falling afoul of a few battles and Jacobson sidelined with a transaxle failure in the closing stages while in the hunt for a top 13 finish.

While strong car speed may have gone wanting in the final race, across the length and breadth of the PremiAir Racing garage there were plenty of positive attitudes to be found.

“It was a positive start to our Sunday, we improved our qualifying pace immensely with a P14 and a P12, so that was great,” Jacobson said.

“In terms of the first race, we held position which was really good and we just wanted to polish up a couple of things to get better rear grip and performance. I feel like we did that, and in the last race we were trucking along quite well. Naturally, there was a little bit of wear and tear showing itself today, which is just part of motorsport.

“We then had a technical issue with the gearbox and transaxle, starting probably around lap 8, so our goal became to try and finish the race as we know how important championship points are. We were actually starting to get close to a top 13 result, there was a big bunch battling it out and I was enjoying being a part of that, but unfortunately, we had the failure and that was the end of our race. The highs of getting a good qualifying result today and the lows of having a mechanical issue are just part of the sport.

“We will move on to Winton, which will be my home round and I am sure the team will be hungrier than ever to keep consolidating those better qualifying results and to keep looking to turn them into good race results. We know now, with the GP, that we can truck on and hold our own, and now at Wanneroo we are showing that qualifying potential too. So, we are pretty happy still. It is not all about today – it is about where we are at the end of the season.

“I think we are ticking a lot of goals to be happy with these results and we know where are heading and that it is in the right direction.”

“When it comes to the technical side of things, that is the sporting nature of what we do. We had brake dramas earlier in the weekend, we got on top of that. We had the transaxle failure in the last race, we will get on top of that.

“We still have got relics of the past that are coming to essentially be gremlins, but really those sort of things become incidental in the framework of what we are trying to create; which is a good, strong, robust, consistent race team with good people that all look out for each other.”

“There are lots of positives to take out of the weekend. The guys are doing a great job and working hard, finding things to move us forward,” Pither said.

“While today was a bit disappointing overall, I feel like we really made some good improvements with the car and with our speed, we just haven’t been able to convert that into the results I think we are capable of at this point.

“The dice just didn’t roll our way today – we got caught up in a few battles which really compromised on our run, but the exciting thing is we had pace and we were moving forward, and we can build on that for the next one.”

Pither was working with a new race engineer this weekend, with Sheldon Auhl coming on board in place of Ken Douglas, who was only temporarily filling the seat at the opening three rounds due to his other motorsport commitments. Auhl will work alongside data engineer Chris Chopping to guide Pither throughout the rest of the 2022 season.

“As my first weekend on car 22 for race engineering, it was a good weekend, a weekend of developing a relationship with Chris first and foremost, and we think we did that. We had a car that was in the top ten in practice one and practice two. We fell out of it in qualifying yesterday a little bit, but we found those issues and got into the races and showed we had car speed. Today’s qualifying proved we know where to look and with Chris Chopping in there as well helping it was a good weekend for us three,” Auhl said. 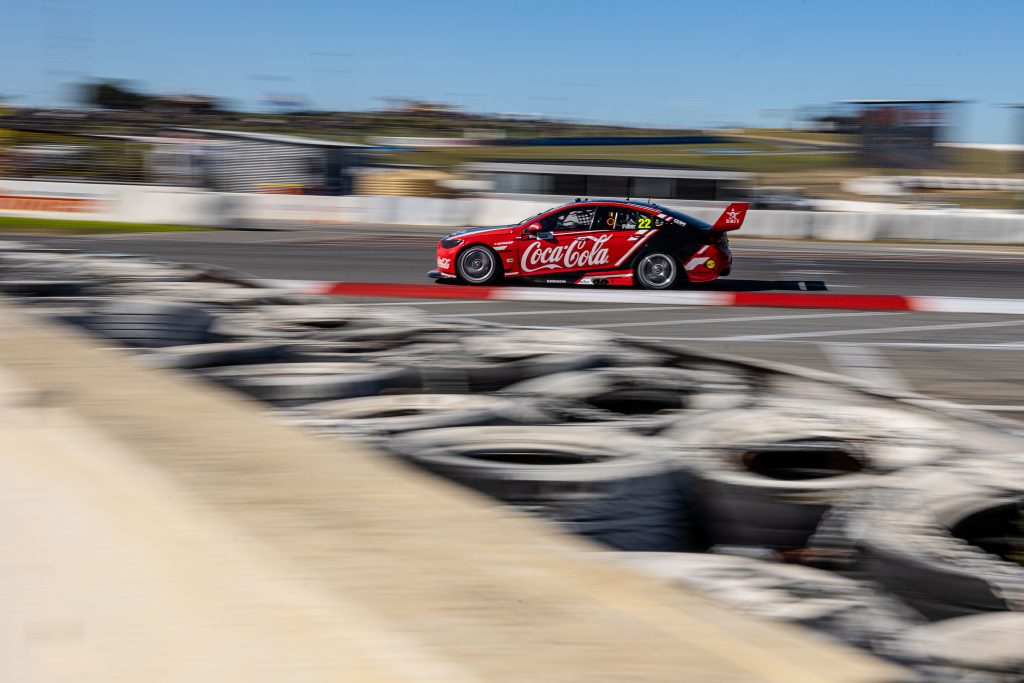 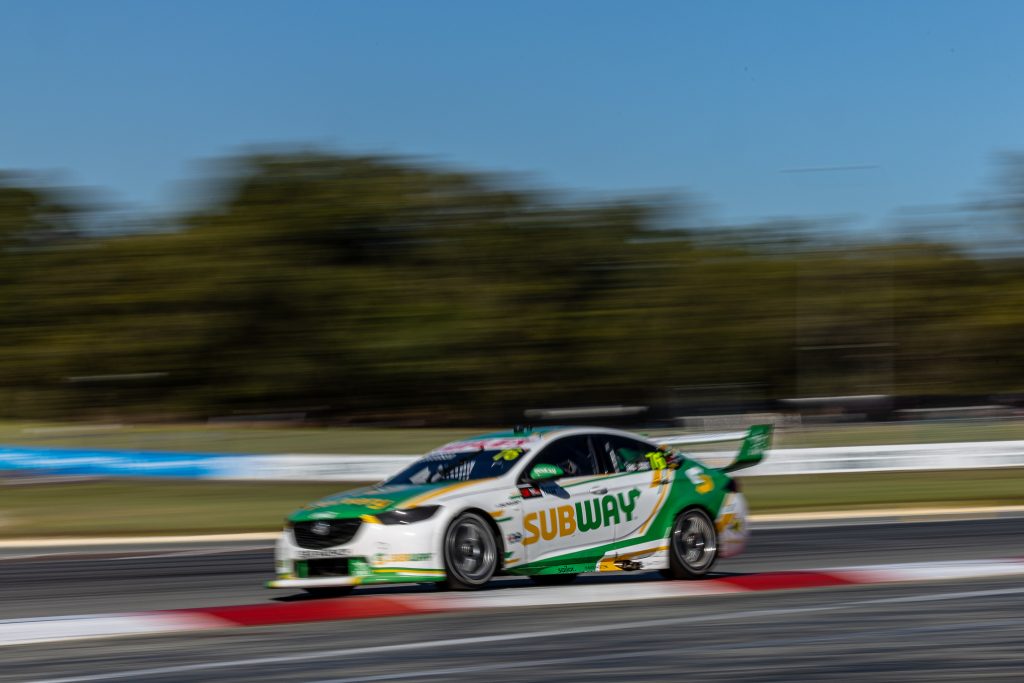 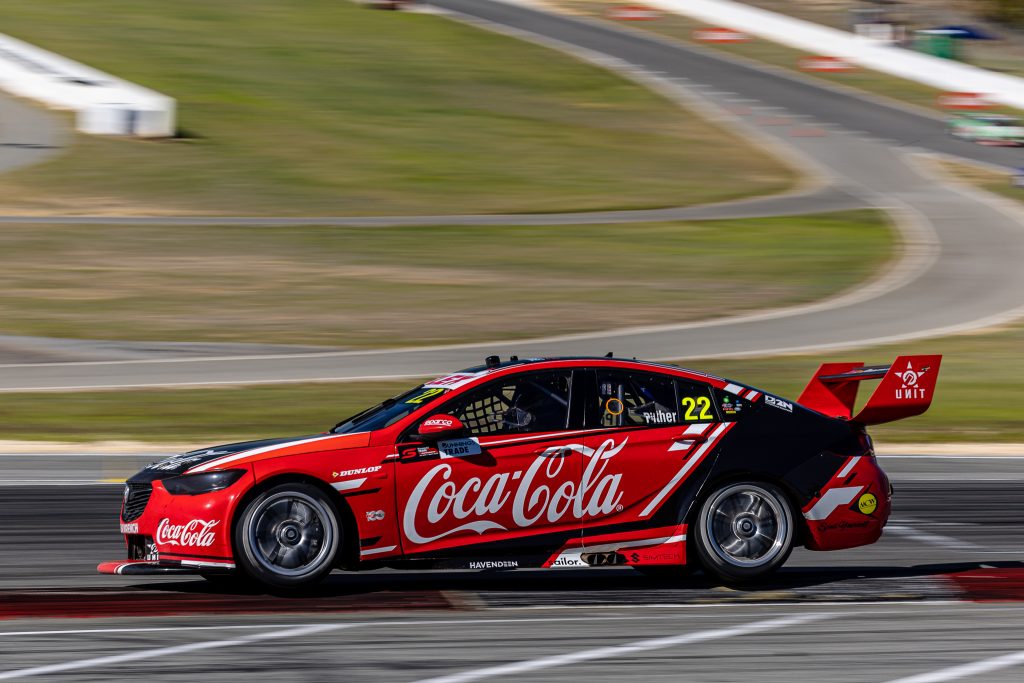