PremiAir Racing and the rest of the Burson Auto Parts Australian Top Fuel Championship field will have to wait until November to find out who will be crowned as the victors of the opening round of the 2022 season, after the finals at Alice Springs Inland Dragway were called off due to unseasonably cold weather. 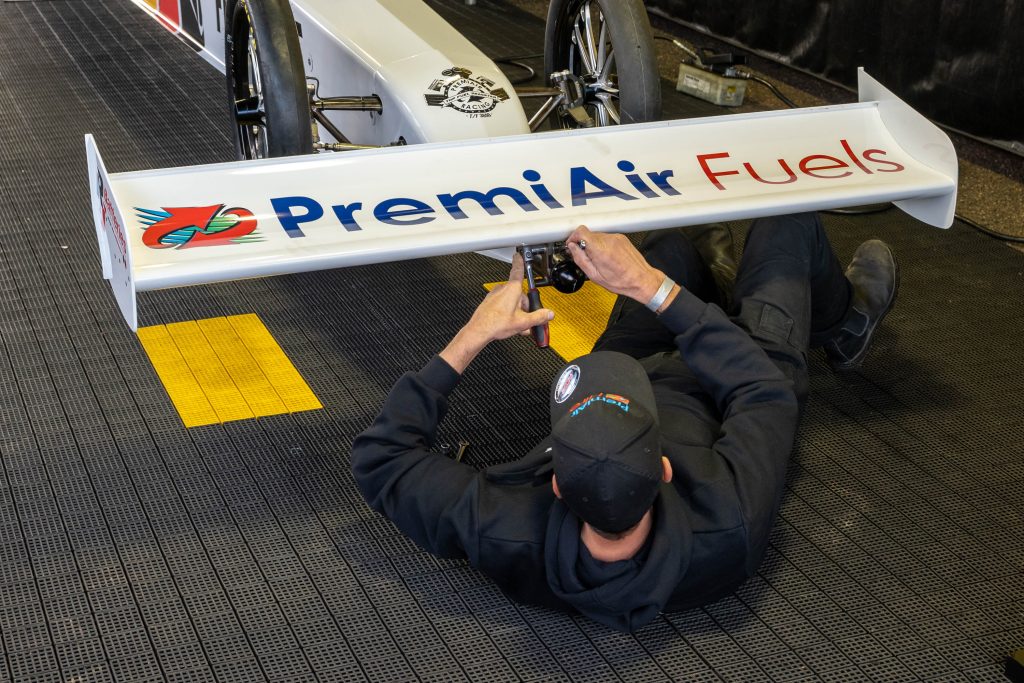 The call to postpone the A, B and C Top Fuel finals to round three of the season at the Perth Motorplex in November was made following the second round of racing, when it was decided that by the time the Top Fuel competitors would return to the track, the conditions would be too cold for racing to proceed.

Prior to this decision, PremiAir Racing had been confirmed for the B-Final, with Peter Xiberras to take on Wayne Newby following a difficult opening two rounds of racing for the team.

“What a day we had in Alice Springs,” said Xiberras.

“In qualifying we got very slippery after half-track and despite my best efforts, we did have some contact with the wall right before the finish line, which we crossed in 4.364 seconds at 321kph.

“The damage thankfully was minimal considering and we towed back to the pits for a quick turnaround to return to the track ready for round one.

“In that round, we faced off against Damien Harris and unfortunately, we missed the set-up, rattling the tyres after the first second and a half, so I made the call to abort the run. We crossed the line in 5.597 seconds at 191.62kph. 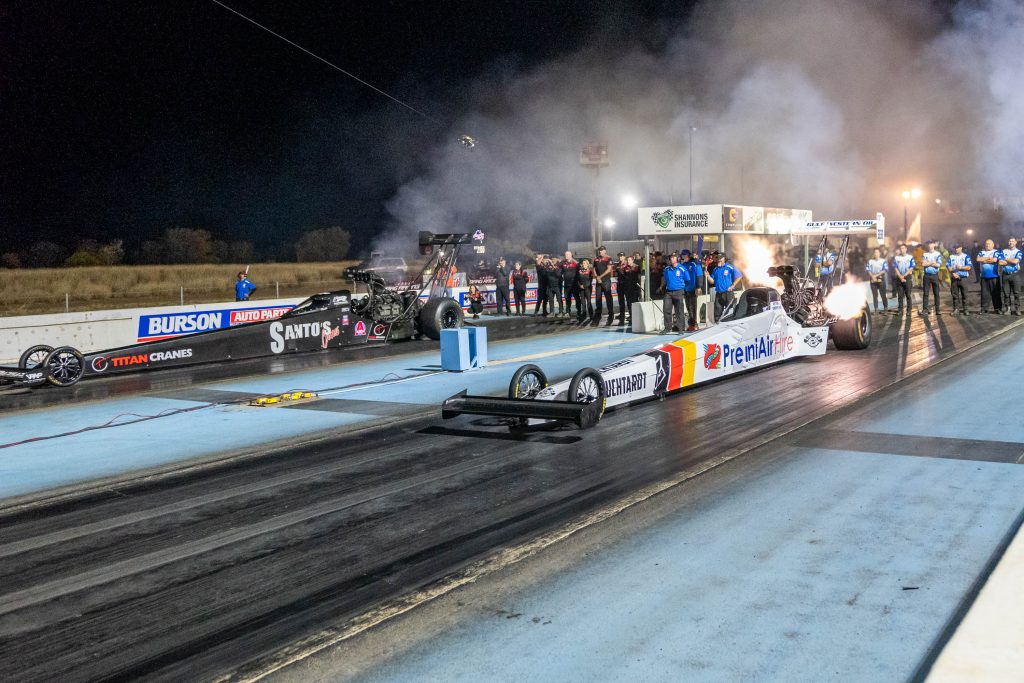 “As everyone knows, we never let up and it was all hands on deck to be ready and hopeful for a better showing in round two, but it wasn’t to be; we blew tyres off on the hit and the burst panel after the finish line. Despite the bad news, we did take the win in that run when Wayne Newby rolled the beams in the other lane, but we don’t like to win that way, so it was a hollow victory for us.

“Even so, it set us up for the B-Final, which we were very keen for as we were absolutely determined to deliver one hell of a show for the fantastic crowd that had come to Alice Springs Inland Dragway and stuck around in cold conditions and through delays.

“As such, while it was one hundred percent the right call given what the conditions would have been by the time we towed out for the finals, we were bitterly disappointed to not have that chance to perform for the fans and we hope we can make it up to them next time we visit.

“It certainly wasn’t our day today, but it was an fantastic event overall – the spectators were great, the atmosphere was electric, and as always we are immensely grateful for all of the support shown by the fans and our sponsors, so thank you all.”

The PremiAir Hire Top Fuel Dragster and its crew will next be in action at Heathcote Park Raceway for round two of the 2022 Burson Auto Parts Australian Top Fuel Championship across October 1 and 2, before heading to the Perth Motorplex for round three (and the round one final) on November 11 and 12. For event information, visit www.topfuelaustralia.com.au

Before they do however, the PremiAir Racing Supercars team will be competing across the ditch next week for the ITM Auckland SuperSprint at Pukekohe Park Raceway across September 9 to 11. For event information, visit www.supercars.com.au