PremiAir Racing is heading across the ditch for the ITM Auckland SuperSprint, and is hoping that the last ever Supercars event at Pukekohe Park Raceway this weekend (September 9-11) will be memorable for the team for all the right reasons.

While this will be the team’s first visit to New Zealand as PremiAir Racing, its members collectively have plenty of experience at the venue, including drivers Chris Pither and Jimmy Golding.

Pither in particular has many, many laps at the venue under his belt. Hailing from Palmerston North on New Zealand’s North Island, he will be one of only three Kiwi Supercars racers taking part and as such is bound to be boosted by a groundswell of local support at his home event.

The driver of #22 PremiAir Coca-Cola Supercar – who jetted over to New Zealand last week to spend time with family ahead of the big event – has raced in a Supercar at Pukekohe once before in 2016 and has spent many years racing there in other categories. 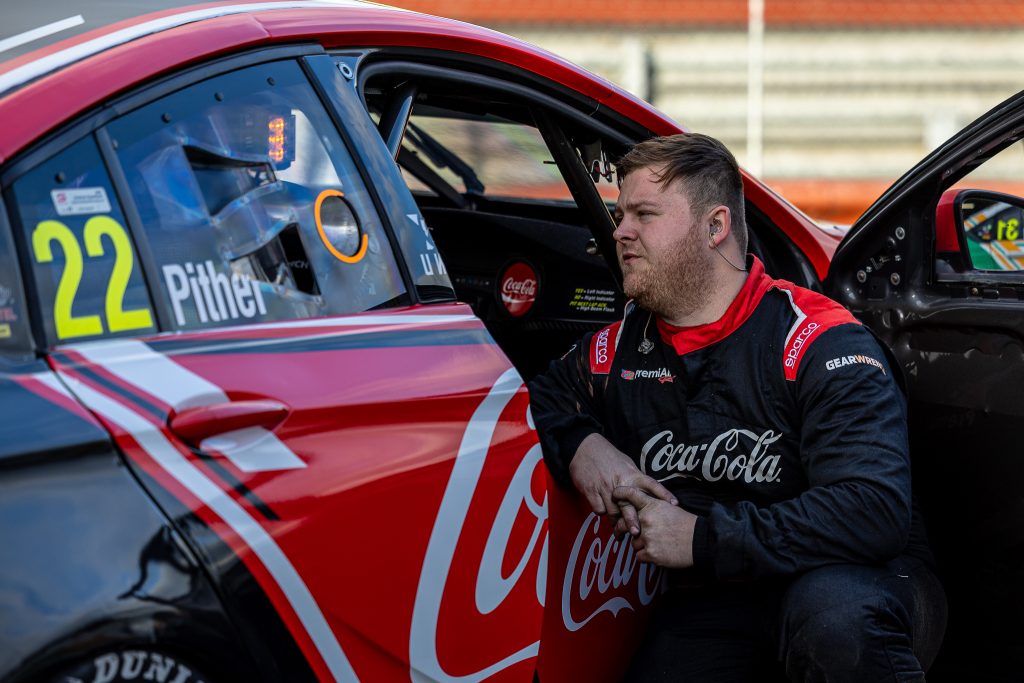 “It is good to be back in my home country,” Pither said.

“I made the trip across the ditch a week early with my family which was nice. I’ve missed a few family milestones, like Gran’s 90th, and my daughter Audrey will share her second birthday with family who are yet to meet her. This is the first-time home since COVID-19, so that will be special.

“I am definitely excited to race at Pukekohe, being my home event. My first Supercars experience was at Pukekohe in 2001, where I raced in the Formula Ford support event. There I watched home hero Greg Murphy dominate the round, and that is where my passion and desire to race Supercars grew.

“I raced at Pukekohe regularly in my junior years from Formula First to HQ Holdens. The track is certainly a favourite – it is fast, it requires big commitment and always creates exciting racing.

“Given it is the final time Supercars will race at Pukekohe, I feel grateful to take part and I am aiming high. I’ve got a lot of support from my fellow kiwis, so I look forward to putting on a good show.”

While Golding may not have any home event advantage to draw upon, he previously put on a strong showing at the venue when he raced there in the Supercars Championship in 2019 and is keen to build on his recent momentum aboard the #31 Subway PremiAir Racing Supercar this weekend with the help of race engineer, Geoffrey Slater.

“I am really excited to return back to New Zealand with Supercars for the first time since 2019,” Golding said.

“It is going to be a special event, being the last ever Supercars race held at Pukekohe, so that is something I am really proud to be a part of.

“The track is one I really enjoy, it challenges you in high-speed corners but also in tight technical sections, so it will be sad to see it go.

“I had a strong showing the last time I raced there with Garry Rogers Motorsport, so of course I am excited to get back there three years later with a new team.

“We have made inroads every round since I returned to the championship, and I expect Pukekohe to be no different. Sandown was a great boost for the team and has shown other teams we aren’t here to make up the numbers.

“We are only a new team, so it is important to experiment with different things to find what works best in elevating the whole team further up the grid.

“In saying that, I would like to thank Sheldon Auhl for all his hard work as my race engineer to date. I am now looking forward to a new opportunity working with Geoff Slater in New Zealand.

“Geoff has a wealth of experience in Supercars, and I can’t wait to learn as much as I can from him to help continue the team’s progression.”

The ITM Auckland SuperSprint at Pukekohe Park Raceway will be held across September 9 to 11. Friday will feature practice one at 2.40pm, while Saturday will host practice two (11.35am), a three-party qualifying session for race 27 (from 2.00pm) and race 27 (from 4.40pm). On Sunday, the Supercars field will undertake back-to-back qualifying for races 28 and 29 from 10.45am, followed by the races themselves from 12.55pm (race 28) and 4.10pm (race 29). For event information, visit www.supercars.com.au