PremiAir Racing, Jimmy Golding and the #31 Subway PremiAir Racing Supercar were on-track for a top ten race finish today, highlighting the fantastic progress the team is making as they continue their rookie season in the Repco Supercars Championship.

While contact from another driver would undo all of Golding’s hard work, which included a P9 qualifying position earlier in the day and running as high as P6 during the race, there is no arguing with the potential shown by the entry today.

Further evidence of the progress being made at PremiAir Racing was Chris Pither’s performance aboard the #22 PremiAir Coca-Cola Racing Supercar – with the Kiwi racing all the way from the rear of the grid to finish P13 in today’s 41 lap race in a fantastic showing of solid and consistent race craft.

“Overall, it has been a really good day for the team,” PremiAir Racing Team Principal, Matt Cook, said.

“We qualified well, and we raced well. There was a little bit of misfortunate for Jimmy as he got taken out which really affected his race day and his race result, but it was a good solid qualifying for him, and he had really good race pace until that incident.

“Chris showed some good, solid consistency today – he might not have qualified so well, but he raced really well into the mid-pack which was a great result for him.

“Both cars have really good pace moving forward, so bring on tomorrow!”

Golding started the race in 9th position in the #31 Subway PremiAir Racing Supercar, holding his ground and staying out of trouble during a frenetic race start and putting in a solid performance to run as high as P6 before pitting on lap 19. 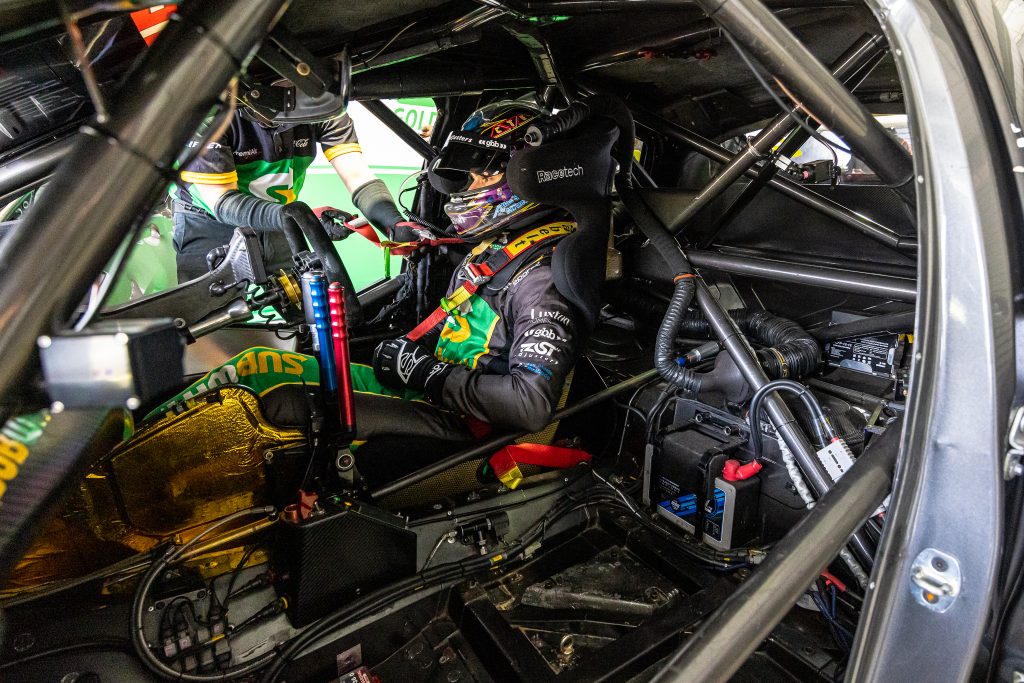 He re-joined and worked his way back to P13 by lap 27, when contact from Macauley Jones saw him off the track dropped down the order to P19, from where he worked hard to recover to P17 in the final laps.

“We had an awesome start to the day with qualifying, making it through to the top ten and then ending up P9 – that was awesome for the team, and it was really good to have some consistency in qualifying as well as that is two different tracks now where we have been in the top ten (Sandown, P8) so that is awesome,” Golding said.

“We had a pretty solid start to the race and were settling in okay. After the pit stop, we came out behind Macca (Macauley Jones) and he made a little error down the main straight and when he came back on, he tried to stay around the outside of turn 2 and ended up coming on and cleaning us up, spinning us around.

“We got going again and recovered to P17, but it is pretty disappointing of course as I feel like we were thereabouts with pace.

“We definitely had top ten pace and we were looking like a top ten finish there, so really, that is a positive.

“Even with that pace, I still feel that we can improve the car in a few places still, so we will knuckle down and tune those areas up tonight and hopefully we can have a stronger showing tomorrow.”

Pither recovered from a difficult qualifying session to make the most of the race pace of the #22 PremiAir Coca-Cola Supercar, advancing 12 positions to finish the race P13.

“Qualifying has been a bit of an Achilles heel for us, but it is also so tight around here too, I think we were only .6 off pole so it really is so close. It was disappointing that we didn’t get it right but another trend we are finding is that we are usually quite strong with our race pace and that was certainly the case this afternoon,” Pither said.

“It was nice to finish the day off on a high note and have a good race, moving forward 12 positions to finish P13. The PremiAir Coca-Cola Racing Supercar felt relatively strong and consistent in the race and that allowed us to move forward.

“I feel like I did learn a few things in the race as well, so I am feeling excited about tomorrow. Having a decent amount of laps consecutively in a race stint here gives you the chance at different times to adapt your driving style and learn a thing or two and I think I have definitely learnt a few things today that might help me in qualifying, so I am really looking forward to getting back into it tomorrow.”

PremiAir Racing will be back on-track at Pukekohe Park Raceway for day three of the ITM Auckland SuperSprint for back-to-back qualifying sessions from 10.45am, ahead of races 28 (12.55pm) and 29 (4.10pm) in the afternoon (all times local). For event information, visit www.supercars.com.au 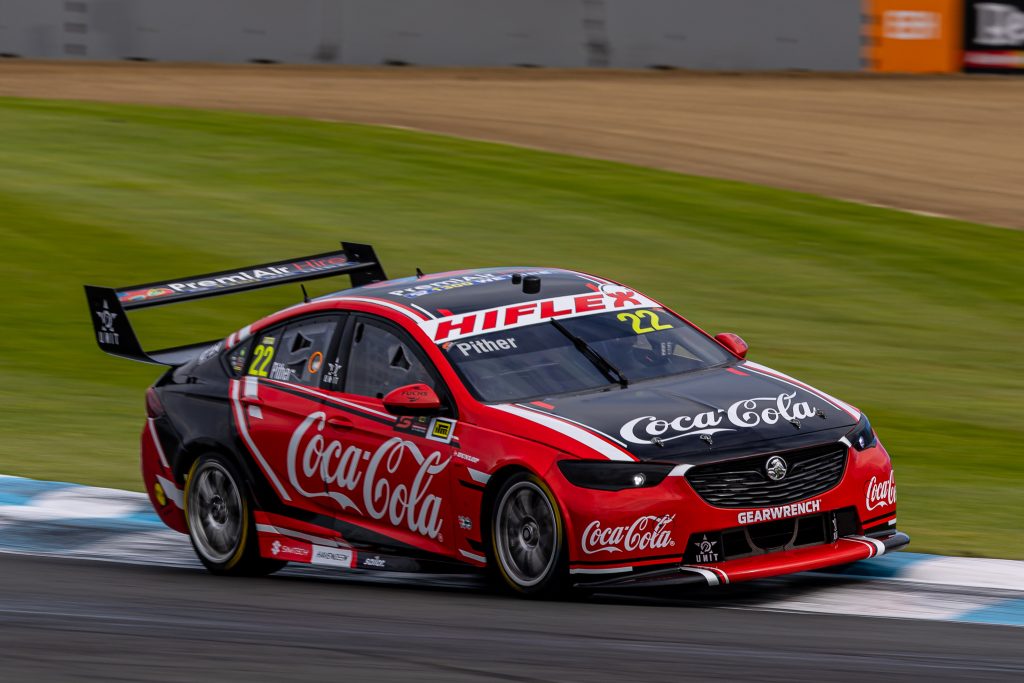 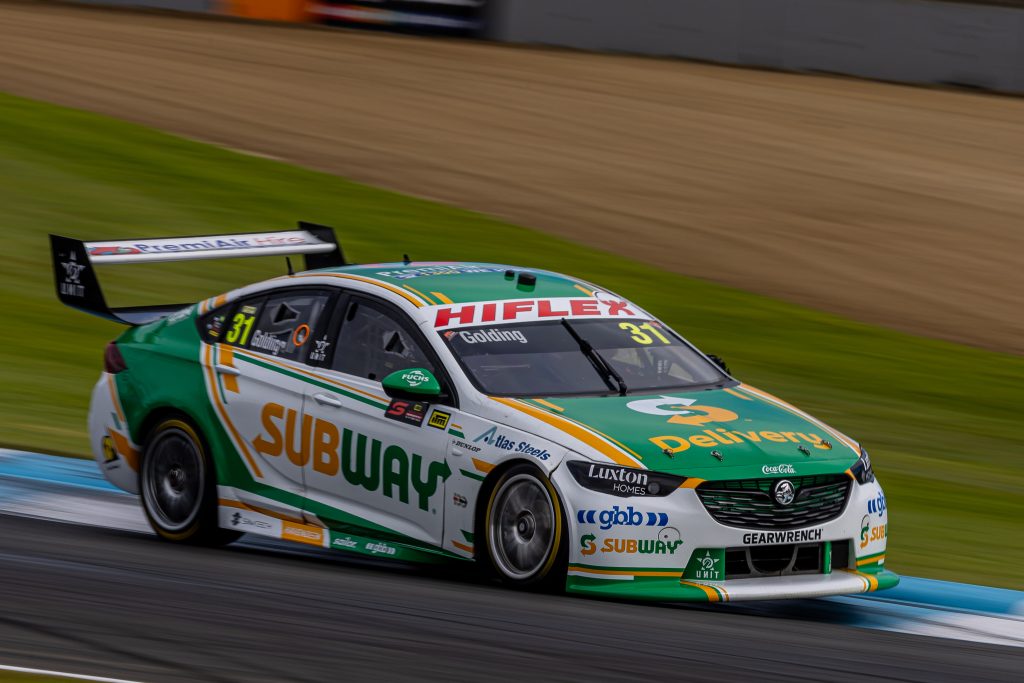