Both Garry and Chris going for the soft tyre compound to begin Race 7. Chris first in with an early stop on lap 5 to change over to 4 hard tyres. Unfortunately, luck wasn’t on his side as the safety car was called as Chris re-joined the race putting him to the back of the pack. Garry with luck on his side, coming into pit under the Safety Car with no double stacking for the team and a seamless pit stop, brought him out in prime position, P11.

Garry now sitting in P9 on lap 10 and Chris P20, a second Safety Car was deployed. Due to this the race fell into time certain and on lap 19 the race declared over.

Chris struggling with car set-up around Albert Park and not able to find straight line speed, finished Race 7 in P21. Garry going from strength to strength to finish in P6, his best result to date in his Supercars career.

Race 8 started with a bang, and it was mayhem for the field in front. However both Garry and Chris stayed clear of the carnage up ahead.

Garry got a sensational start climbing 8 positions to comfortably slot into P17 and Chris moving 3 positions up the grid into P20. Both drivers opting to start on the soft tyre compound and clearly making the correct choice.

By lap 4 Garry clawed his way through the grid to P14 and Chris right behind his teammate in P15.

Chris struggling with car set-up throughout the day which unfortunately continued into the race, crossing the chequered flag in P19.

Garry making a sensational comeback climbing 13 positions to finish in the Top Ten for his third race in a row.

GARRY JACOBSON
“Another positive day which is nice to give the team some consistent top ten results. So far so good out of the three races. Obviously, a highlight of the day was to get 6th, my best result again so far in my career. Great to do it with a team that is still fresh, new and excited to do better again tomorrow. All in all, I think our competitiveness is coming from our tyre life which we knew from yesterday and even in Practice two from Friday. We seem to have found the sweet spot with managing our tyres. There isn’t really going to be any big swings with car set-up changes overnight and we can go out tomorrow with a car that feels quite similar and just trust me to do the job. I’m a product of the team’s hard work since Tasmania to now and it’s a pleasure to drive. I’m looking forward to tomorrow”

CHRIS PITHER
“Two races done here at Albert Park. Didn’t get the results we were aiming for today but showed some good potential earlier on in the race and had a great start moving up a number of positions in both races. Unfortunately had some challenges in the pit stop and lost a bit of time and fell back. But ultimately the car has good potential, we’ve shown some strong pace. We’ve got some parts we need to improve, including the car balance on entry. We’ll sit down and work out how to smooth out these issues and I’m sure we can move forward and have a good run. Hopefully we can end the weekend on a strong note.” 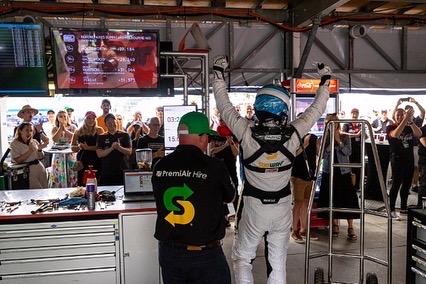 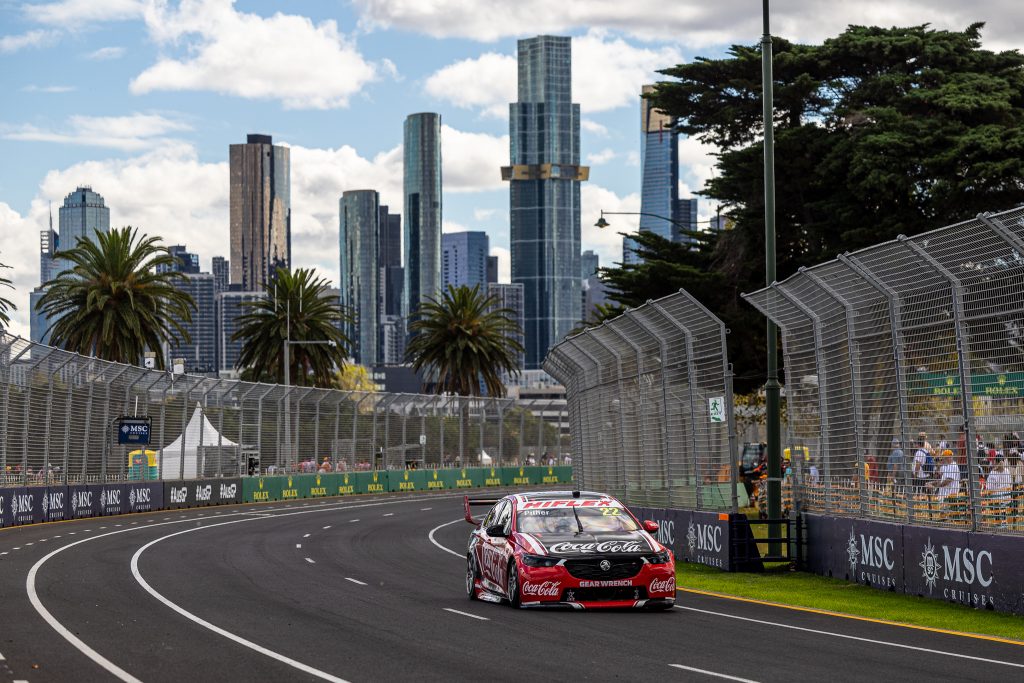