PremiAir Racing has enjoyed top ten success on Sunday at Sandown Raceway, with Jimmy Golding securing a P8 qualifying position for race 25 and P9 in that race aboard the #31 Subway PremiAir Racing Supercar. 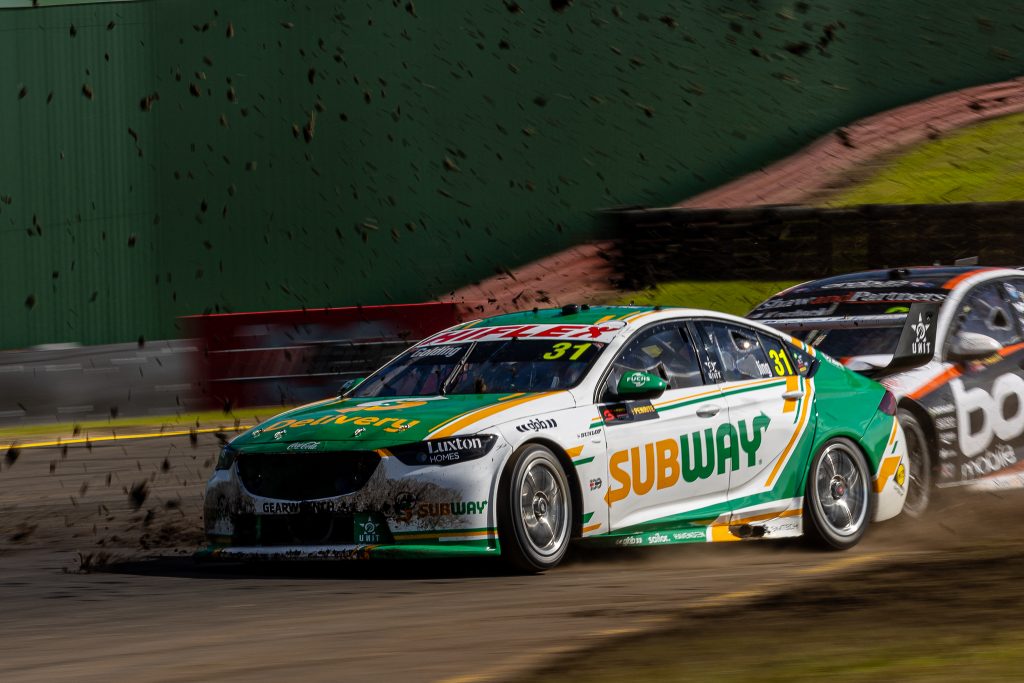 Golding backed up the P8 with a P15 result for race 26 qualifying, holding on through a race of attrition to bring it home in P19 despite a number of difficult moments throughout the race.

On the other side of the PremiAir Racing garage, Chris Pither and the #22 PremiAir Coca-Cola Supercar showed good pace early, advancing a number of positions from a P18 starting position in race 25 to finish P16.

Pither then started race 26 from P24 and was looking speedy in the opening corners, however his race was soon heavily compromised by front-end damage when he was the innocent victim in someone else’s incident. Even so, he persevered to bring the #22 home in P21.

“There is a lot of positives to take from today. Having two races is always busy but the team did a great job,” Team Principal, Matt Cook, said.

“Jimmy qualified his best for the team at P8 in the morning and raced to P9 in race 25 which was a great result. The car speed was there, Jimmy was there, it was a very good race and to be inside the top ten is amazing for the team who have all collectively done an amazing job. In the second race he again had good pace, but a few moments saw him have to settle for P19. 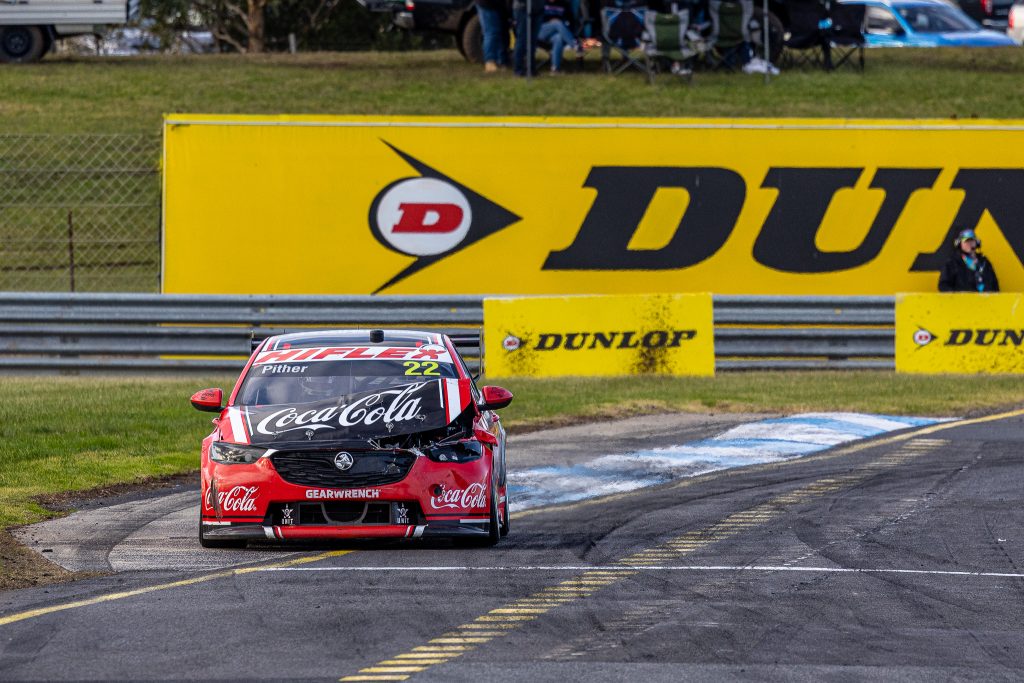 “Chris was solid all day today. He did a good job in both races and tried to stay out of trouble, but had a little bit of bad luck in the second race getting caught up for some damage. Even so, he still managed to finish and collect some points which was important.

“All in all, the whole team did a great job, and I can’t thank them enough. Now we look ahead to New Zealand and hopefully we can keep building some momentum into that event.”

While the second race today might not have been as successful as the earlier outing for Golding, the driver of the #31 is committed to focusing on the positives. 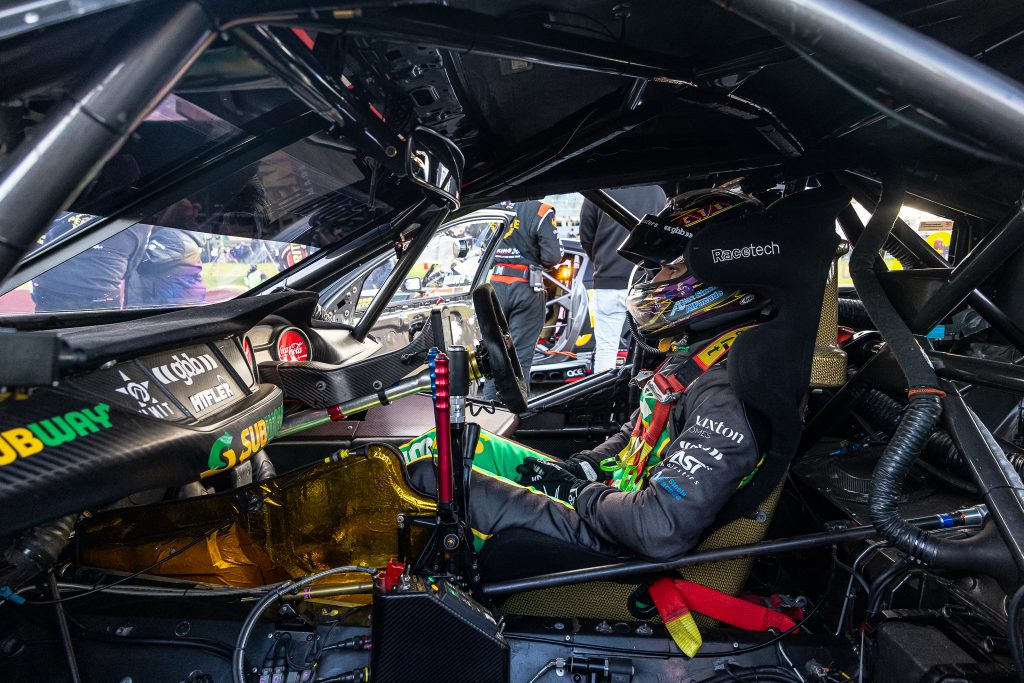 “It was a bit of an up and down day for us but there were lots of highlights, including qualifying in the top ten and my first top ten finish with PremiAir Racing which was just awesome for the team,” Golding said.

“There are a lot of positives to take away from the weekend and now we have some good momentum heading to New Zealand – I can’t wait to get there, but in the meantime, I want to say thank you to everyone for all the support, to the team for all their work and also to Subway.”

Pither was philosophical looking back on the weekend. 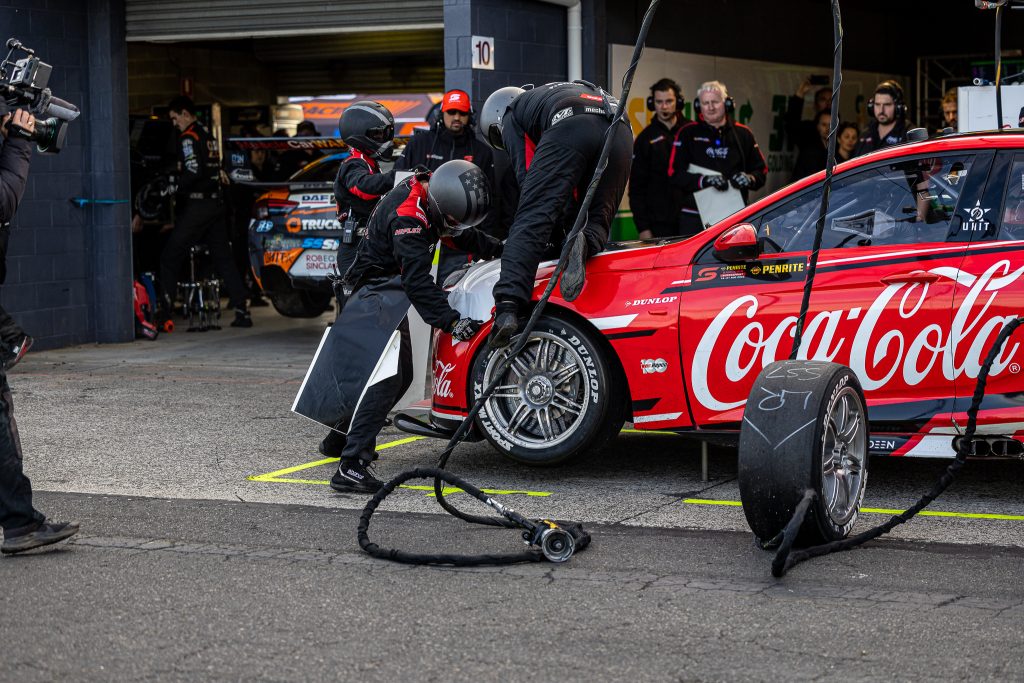 “The only way to really sum up the weekend for us is to say it was character building. We had some good potential early on, and some pretty good car speed all weekend – after being 10th in practice on Friday things were looking good, but things just didn’t go our way yesterday and today and we weren’t able to capitalise,” Pither said.

“In the last race today, we got caught up in an accident in front of us on the first lap which damaged the bonnet and so we had to make a couple of stops to patch that up which really compromised our race. But overall, we had speed, all the girls and guys at PremiAir Racing have put in a massive effort to get to where we are, and we can learn from this weekend and press on.

“In the meantime, let me say thank you to everyone for their support, to Coca-Cola, and to the Coca-Cola PremiAir Racing crew – bring on the next one!”

PremiAir Racing will next be on-track for the opening round of the 2022/2023 Burson Auto Parts Australian Top Fuel Championship. Team boss and reigning Top Fuel Champion Peter Xiberras will campaign the PremiAir Hire Top Fuel Dragster at Alice Springs Inland Dragway as part of the Red Centre Nats event across September 1-2. For event information, visit www.topfuelchampionship.com.au

The PremiAir Racing Supercars team will meanwhile be preparing to head across the ditch for the next round of the Repco Supercars Championship. The ITM Auckland SuperSprint will be held at Pukekohe Park Raceway across September 9-11. For event information, visit www.supercars.com.au