PremiAir Racing is heading West as part of a seven-strong Top Fuel field for the latest round of the Burson Auto Parts Australian Top Fuel Championship.

Xiberras and his fellow Top Fuel racers will be competing as part of the Perth Motorplex’s Goldenstates (November 11/12), with the event to also feature the postponed finals for the series opening round for the 2022/2023 season at Alice Springs, after that event was brought to a premature close.

As such, this weekend’s event is set to be action-packed from start to finish, with Friday November 11 to host two rounds of qualifying for the Goldenstates with the second qualifying session to double as the Alice Springs A, B and C finals, in which Xiberras will take on Wayne Newby for the B-Final. 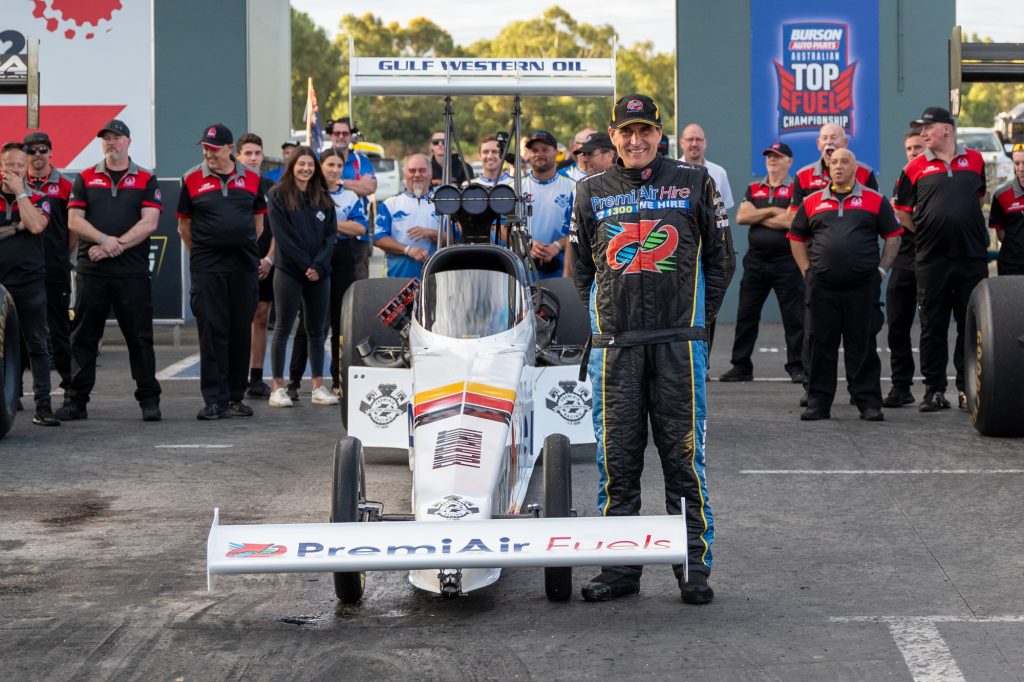 Then, three rounds of racing will unfold across Saturday November 12 in the race to find the winner of the third round of the 2022/2023 Burson Auto Parts Australian Top Fuel Championship.

This will be the third trip to the Motorplex for PremiAir Racing, with the 2019 Westernationals seeing Xiberras and Phil Lamattina undertaking six match races over two days to the delight of fans, before the team returned in April of this year as part of the 2022 Burson Auto Parts Australian Top Fuel Championship – where PremiAir Racing took home the runner-up honours.

“We absolutely love racing at the Perth Motorplex. The facilities are great, the fans are so passionate and at this time of year, you are going to see a lot of great times being run as it is hot during the day and then at night the ‘Fremantle Doctor’ blows in cooling winds, while the track retains its temperature,” Xiberras said.

“When we were here in 2019, we completed six match races against the Lamattinas and we each took three wins apiece, while we also reset the track ET record of the time and temporarily reset the national ANDRA 1000ft Top Fuel speed record.

“In April earlier this year, we went all the way to the A-Final against Damien Harris in what was a championship round and it came down to just 0.4 of a foot at the finish line.

“We may not have taken out that win, but we were still smiling after that final – it would have to have been one of the closest Top Fuel races seen in Perth for many years and it was fantastic to be a part of it.

“Now as we head back to Perth for a third time and our second championship round there, we are really heavily focused on taking out a victory. 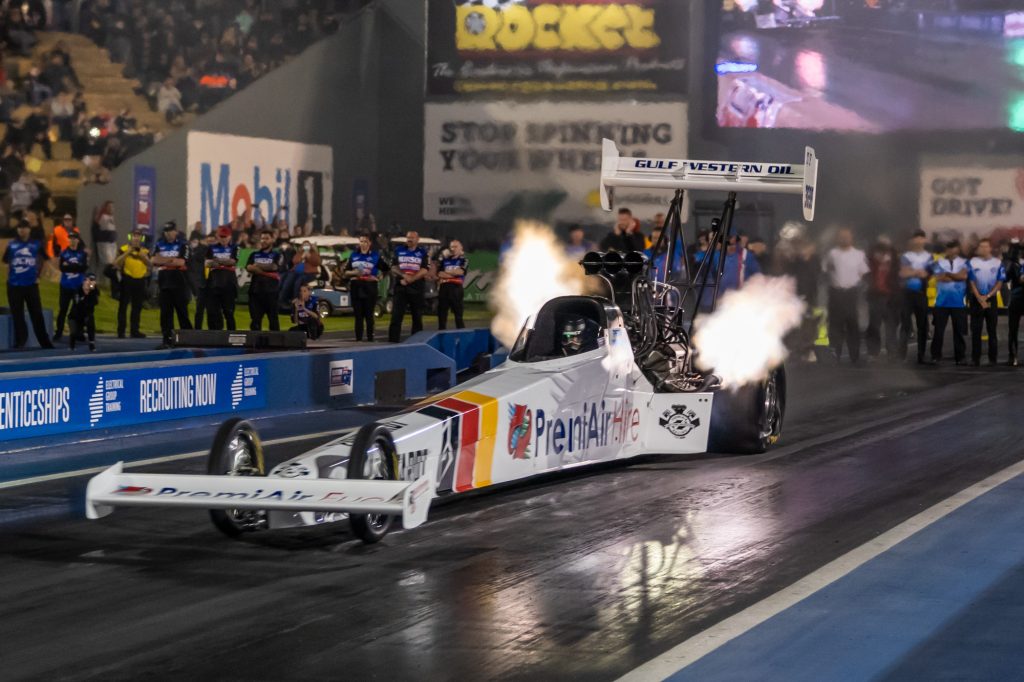 “While we won the championship last season with a very consistent car, we didn’t actually win an event, and we would like to walk away from Perth this week with the winning trophy.

“We can definitely do it, and we will be throwing everything we have at it to make sure that our goal becomes reality.”

The Brisbane based PremiAir Racing is currently in the process of travelling to Perth as part of a six-transporter strong Top Fuel convoy which also includes the teams of Lamattina Top Fuel Racing, Jim Read Racing, and Rapisarda Autosport International.

Joining them on-track at the weekend will be series newcomer and WA local, Kyle Putland, who will be making his Top Fuel debut this weekend.

“We want to take a moment to welcome Kyle to the Burson Auto Parts Australian Top Fuel Championship and wish him all the best for his first event,” Xiberras said.

“Any time we have a new racer come onboard is an exciting time and we can’t wait to see what Kyle can do in front of his home crowd this weekend.”

For more information on the Goldenstates or the Top Fuel Championship, visit www.topfuelchampionship.com.au or www.motorplex.com.au